Radio talk-show host Michael Savage is an ignorant, offensive, hateful blowhard who thrives on his reputation as a slash-and-burn proponent of “conservative” values and supposed scourge of liberalism.

On the other hand, I think the UK is probably strong enough to survive a visit by him– or even by the wretched “God hates fags” minister Fred Phelps.

The same probably goes for some others on the Home Office’s latest banned-from-Britain list. In fact I would encourage a visit by the child-murderer Samir Al Kuntar, assuming that the government would be prepared to arrest him on arrival and re-imprison him for the rest of his life.

But really, what is the purpose of these lists– especially when there’s no evidence that anyone on them intends to visit Britain? Does someone at the Home Office spend all his or her time going through names of non-Britons and deciding who is notorious enough to be kept out of the country in case they ever want to come?

I’m forced to agree with Inayat Bunglawala, of the Muslim Council of Britain, who said people should be free to enter the country, regardless of their views.

“If they step over the line and break the law, it’s at that moment the law should be enacted [I think he means “enforced”], not beforehand.

“If people are keeping their odious views to themselves, that’s their business. We should not be in the business of policing people’s minds.”

I’ll make an exception, however, for “lifestyle guru” and convicted felon Martha (shudder) Stewart, who is also barred from the UK. 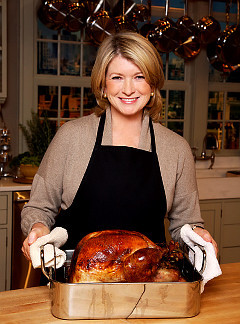 Beware this sinister woman and keep her out of your country by any means necessary.