I’m still basking in the warmth of a glorious spring Mothers’ Day in London, and so you’ll forgive me this report isn’t a full one.

This lunch time, David Rosenberg led us through the second part of his social and oral historical walk, in the footsteps of those Jewish socialists, Bundists and anarchists, aided and abetted by the odd Yiddish speaking German Catholic, who hacked, intrigued and politicked their way through the old East End, a century ago.

We heard of stern Jewish headmasters, who beat their charges for speaking Yiddish, of Arnold Toynbee and his secular mission to “improve” the poor, and of the Jewish anarchists who sparked a riot by taking delivery of food on Yom Kippur. Those were the days: when challenging religious orthodoxy was the definition of radical politics.

David Rosenberg has the ability to conjure from the brick and ironwork of Whitechapel, the spectres of the past. I’m genuinely sorry for those of you who missed it.

Feel free to post your own accounts below. Here are some pictures. 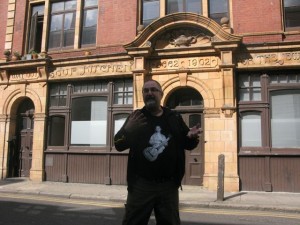 A Way Out Soup Kitchen for Jews 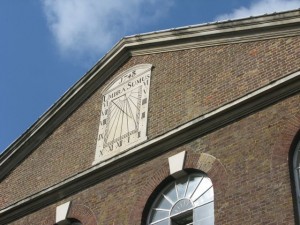 They may be shadows: but David Rosenberg still remembers the names. 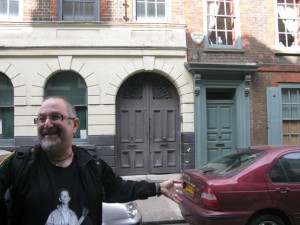 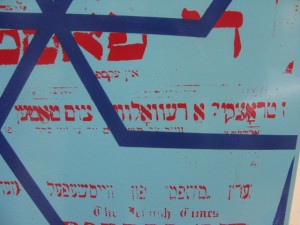 Guest Who? Let’s have your answer below…

David Rosenberg is working up another walk to celebrate Radical Islington and the Tolpuddle Martyrs. I’m hoping he’ll put on a special trip for us, perhaps in May.