Who is responsible for the bloody, economic mess we are in today? asks a national newsaper columnist who clearly knows next to nothing about economics but feels the need, nonetheless, to sound off on the subject:

Who navigated our ships into rocky, turbulent seas? she wants to know

This recession was man-made, made by men, white men to be precise.

Does Yasmin Alibhai-Brown still believe there is something ‘radical’ in examining the roots of complex economic circumstances and finding answers to the current mess in the ‘race’ of some of the perpetrators?

It went down well in 1930s Germany I suppose, but some of us are rather against the sort of blamestorming Yasmin blithely dishes up, particularly when you consider how badly things ended up for those who gratefully sought out the easy answers then. 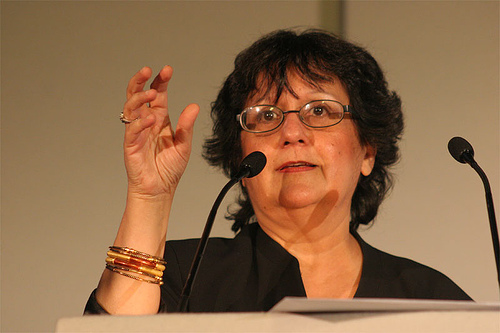