President Hugo Chavez is urging his fellow Venezuelans not to celebrate Halloween, calling it a “gringa” custom.

Fundamentalist Christians in the US have for many years denounced Halloween as a pagan ritual. Now that Chavez has denounced it on anti-imperialist grounds, the dangerous custom of kids wearing costumes and going door-to-door saying “Trick or treat!” is under assault as never before. 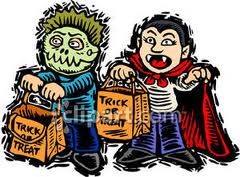 Chavez reminds me of the mean old man in every neighborhood who tells the kids to go away, he doesn’t have any candy for them.

Of course his sudden moral indignation could have something to do with this:

In one odd incident a week ago, authorities found more than a dozen jack-o’-lanterns left in spots around Caracas bearing anti-government messages and what appeared to be bomb-like fuses. Police and firefighters removed the pumpkins with caution, though the jack-o’-lanterns reportedly bore messages saying they were not explosives.

Paper skeletons bearing anti-Chavez messages also have appeared in spots across Caracas recently, and government officials have blamed sectors of the opposition with aiming to create chaos.

Chavez rather undercut his anti-ghoul message earlier this month by embracing someone far more terrifying than any mere ghost or goblin. 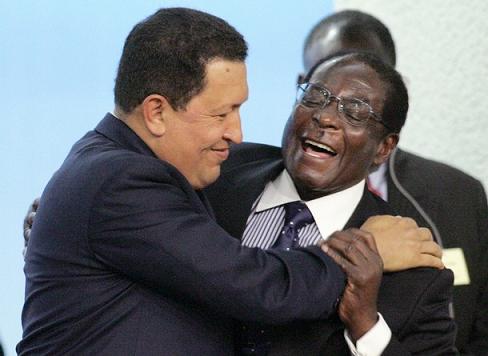