Some incredible pictures of a women’s demonstration in Tehran against the misogynocracy which presently runs Iran, at which slogans chanted included the following:

“Unequal laws, Inhuman rights, must be challenged”
“We are women, citizens of this city, but we have no rights”
“Anti-women laws are at the root of despotism / Legal justice is our minimum requirement 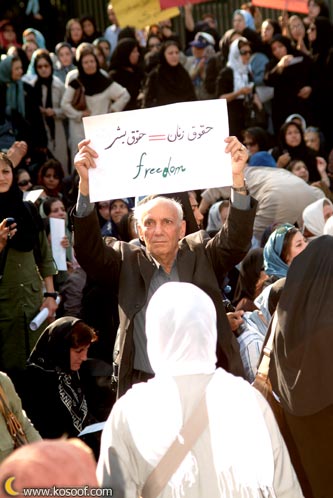 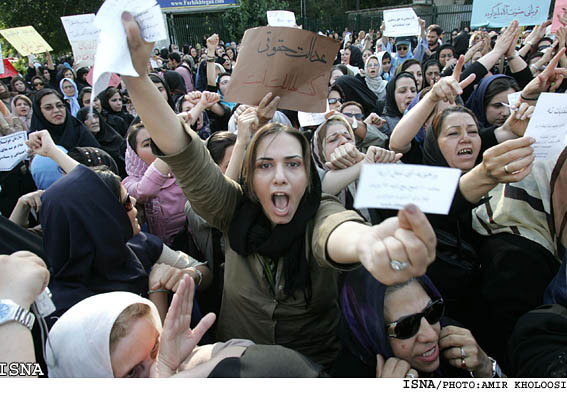 More pictures here (suffixed “zanan”), and the story from Norm.

Gene adds: According to The New York Times report, “The protest was the first public display of dissent by women since the 1979 revolution, when the new regime enforced obligatory veiling.”

But according to Marjane Satrapi in her wonderful graphic novel Persepolis, there were much earlier displays of dissent by Iranian women.