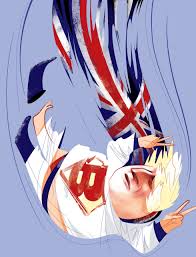 Boris Johnson’s government faces a fresh crisis as two of his key ministers, Rishi Sunak and Sajid Javid, resign citing their lack of trust in his ability to run the  government without cocking up every other month. Johnson’s barely halfway though his term but it feelss like a lifetime of sex and financial scandals have rocked his administration. The latest is the Chris Pincher groping incident which Boris is deemed to have handled badly by lying about prior knowledge of Pincher’s  misdeeds.

The ministers seem to have co-ordinated their resignations and have released their letters of resignation. Sunak is scathing:

“For me to step down as Chancellor while the world is suffering the economic consequences of the pandemic, the war in Ukraine and other serious challenges is a decision that I have not taken lightly.”

“However, the public rightly expect government to be conducted properly, competently and seriously. I recognise this may be my last ministerial job, but I believe these standards are worth fighting for and that is why I am resigning.”

Sajid did not pull back on his punches :

The tone you set as leader, and the values you represent, reflect on your colleagues, your party, and ultimately the country. Conservatives at their best are seen as hard-headed decision-makers, guided by strong values. We may not always have been popular, but we have been competent in acting in the national interest. Sadly, in the current circumstances, the public are concluding that we are neither. The vote of confidence last month showed that a large number of our colleagues agree. It was a moment for humility, grip and new direction. I regret to say, however, that it is clear to me that this situation will not change under your leadership – and you have therefore lost my confidence too.

The panic is palpable and though Boris is the ultimate survivor, his chances of surviving this fall appear slim. It is amazing how many chances he has squandered and his habitual lying and utter incompetence has decimated support within the party.If the Tories want to be  returned as the party in power at the next General Elections, now is the time to make some hard decisions.