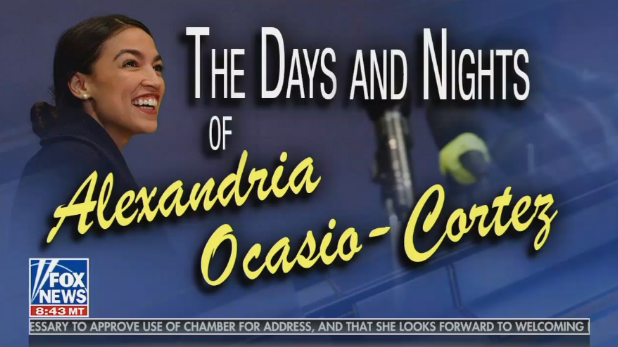 As part of its effort to provide the most comprehensive reporting possible on the freshman congresswoman, Fox News announced Wednesday the debut of a new premium television channel that will offer continuous, around-the-clock updates on Rep. Alexandria Ocasio-Cortez (D-NY). “For an extra $8.99 per month, you’ll have an all-access pass to the AOC Zone, which features wall-to-wall coverage of every word Ocasio-Cortez utters, as well as in-depth analysis of her wardrobe and any videos we’re able to dig up from her college days,” said Fox spokesperson Avery Mattison, adding that the new channel will include uninterrupted live footage of the 29-year-old representative every time she appears in public, along with nonstop commentary from a 12-person panel of experts.

Ocasio-Cortez, commonly referred to as AOC, is a 29-year-old freshman Democratic congresswoman from the Bronx. Since arriving in Washington, D.C., Ocasio-Cortez has drawn continued attention for championing progressive policies such as “Medicare for All,” expanding the national debate on climate change with the introduction of the Green New Deal, demonstrating a savvy use of social media, and pursuing sharp lines of questioning in high-profile congressional committee hearings.

She has also become an obsession on Fox News. In the six weeks from February 25 and April 7, her name was mentioned 3,181 times on Fox News and Fox Business; not a day went by in that time frame that she wasn’t discussed on the networks.

And yes, she has said some foolish and ignorant things, although not nearly as many as Donald Trump sometimes says in a single week. Of course she is just one of 535 members of Congress and he is President of the United States.

As my friend Rod Wright observes, “she’s the most famous Freshman member of the House of Representatives since John Quincy Adams.”

(Props to the first reader who can explain the historical reference without looking it up.)