She tweets at @JessyTrends – mostly about Israel and Gaza. Writing in The Daily Star Lebanon last month, she opposed the idea of journalistic objectivity in Gaza. She excitedly tweets and retweets outrageous views of Jews and Israel.

Here are some examples: 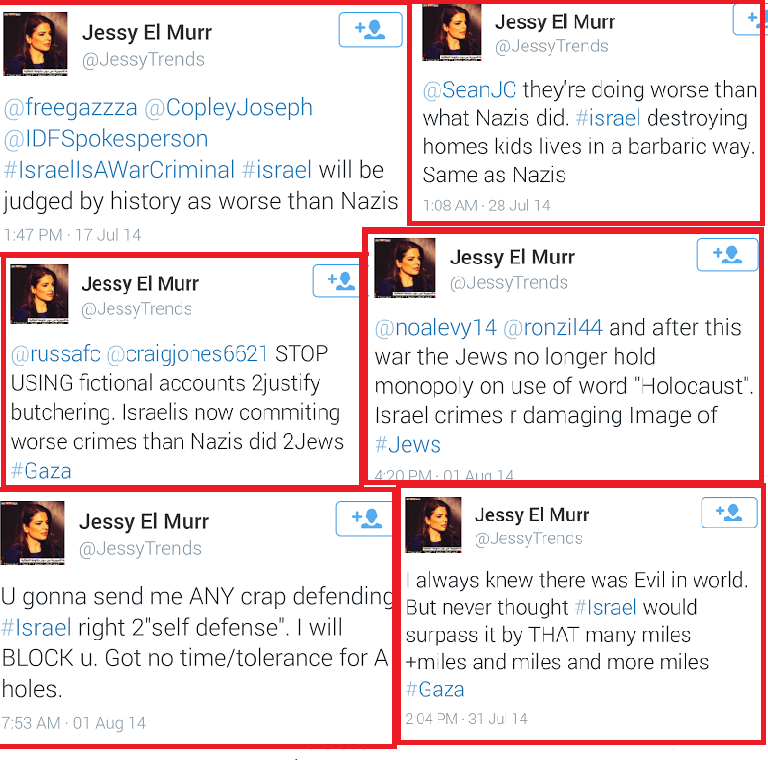 So how could someone with as views so obviously prejudiced as Jessy El-Murr become a deputy editor at a major international news brand?

Sky News Arabia is not a straightforward news channel.

You would be forgiven for thinking that Sky News Arabia is basically Sky News in Arabic. Not quite.

bSkyb has outsourced the “Sky News” brand to an outfit that pays well, but this outfit is diametrically opposed to the very principles that Sky News is founded upon. 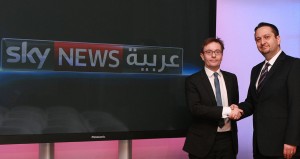 Another Sky News Arabia director is John Ryley (above left), who is the head of Sky News UK. Freedom House reports on the UAE, giving it a 4/16 score for freedom of expression and belief. It explains:

UAE Federal Law No. 15 of 1980 for Printed Matter and Publications regulates all aspects of the media and is considered one of the most restrictive press laws in the Arab world. The law prohibits criticism of the government, allies, and religion, and also bans pornography. Consequently, journalists commonly practice self-censorship, and the leading media outlets frequently publish government statements without criticism or comment. […] The law allows for the imprisonment of anyone who publishes material to the internet in which they insult the state, organize antigovernment protests, or publicize information deemed a threat to national security. Offenders can also be fined as much as $272,000.

At the very least, Sky has compromised the integrity of its own brand.

Sky News prides itself on objectivity – much like a globally-recognised brand like McDonalds prides itself on hygiene standards. But if McDonalds were to cut a deal with a food company which opposed the very principle of hygiene, and allowed them to operate under the McDonalds brand, then questions would be asked.

So, questions must be asked of Sky News.