News that the Taliban poisoned still more Afghan schoolgirls in an effort to discourage them from getting an education came on the same day that I noticed this report:

U.S. Marine Sgt. William Stacey was killed earlier this year by a homemade bomb in southern Afghanistan, a tragedy for which he prepared by writing a letter to his family explaining why he was fighting that was to be read in the event of his death.

The top U.S. commander in Afghanistan, Marine Gen. John Allen, read the 23-year-old’s letter during a Memorial Day service Monday in Kabul in memory of all the troops who have died in the country since the war started in 2001.

“Today we remember his life and his words, for they speak resoundingly and timelessly for our fallen brothers and sisters in arms,” said Allen, who also leads the NATO coalition in Afghanistan.

Stacey was on his fourth deployment to Afghanistan when he was killed on January 31 in Helmand province. The young Marine from Redding, California, told his family that he was motivated to fight in Afghanistan to protect the country’s children and provide them the opportunity to go to school and live out their dreams. 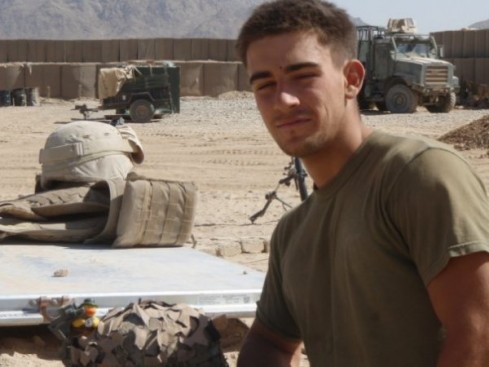 Here is the text of Sgt. Stacey’s letter:

My death did not change the world; it may be tough for you to justify its meaning at all. But there is a greater meaning to it. Perhaps I did not change the world. Perhaps there is still injustice in the world. But there will be a child who will live because men left the security they enjoyed in their home country to come to his. And this child will learn in the new schools that have been built. He will walk his streets not worried about whether or not his leader’s henchmen are going to come and kidnap him. He will grow into a fine man who will pursue every opportunity his heart could desire. He will have the gift of freedom, which I have enjoyed for so long. If my life buys the safety of a child who will one day change this world, then I know that it was all worth it.

Semper Fidelis means always faithful. Always faithful to God, Country and Corps. Always faithful to the principles and beliefs that guided me into the service. And on that day in October when I placed my hand on a bible and swore to defend the constitution of the United States against all enemies foreign and domestic, I meant it.

Naive? Perhaps. Perhaps not. But I’ll take such naivete any day over the cynical “let the Muslims kill each other” talk on the Right and the shopworn blather about “American imperialism” on the Left.