Rick Santorum may have won the Louisiana Republican primary on Saturday, but it’s probably his last hurrah as Mitt Romney continues his excruciating but inevitable slog to the GOP presidential nomination.

That doesn’t mean Santorum is going to be gracious about it yet.

When a reporter pressed him about this, Santorum replied: “Quit distorting my words. It’s bullshit.”

As an aficionado of Republican attack ads, I think Santorum’s latest, “Obamaville,” deserves some recognition for its post-apocalyptic, dystopian vibe.

The narration is clearly inspired by Rod Serling of “The Twilight Zone.”

I’m sure I’ve seen those shots of the creaking, deserted merry go round and the single child’s shoe in some movie (Terminator II?). And this image is something straight out of Dorthea Lange: 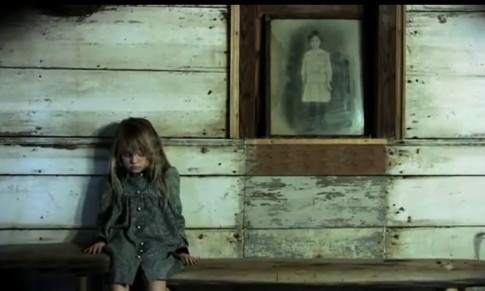 The ad goes on to make the dubious assertions that two years into a second Obama term, health care will be virtually unavailable, religious freedom will disappear and Iran will be ready to launch nuclear weapons.

Of course there are far too many families suffering from the after-effects of the 2008 economic collapse (there were too many families suffering before that). But this graph showing monthly net private-sector job loss/creation at the end of the Bush administration through the first three years of the Obama administration helps put things in perspective (and helps explain why Bush has gone virtually unmentioned by the candidates for the Republican nomination): 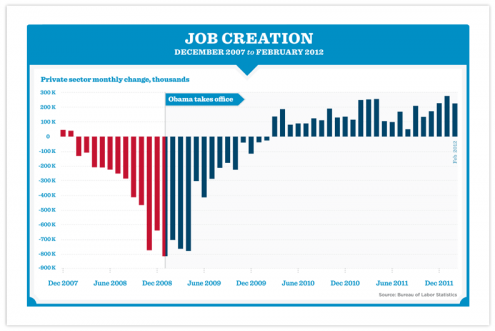