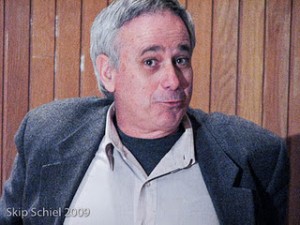 It is uncontested that Sheikh Raed Salah made the following antisemitic statement:

“We have never allowed ourselves, and listen well, we have never allowed ourselves to knead the bread for the breaking of the fast during the blessed month of Ramadan with the blood the children. And if someone wants a wider explanation, you should ask what used to happen to some of the children of Europe, whose blood would be mixed in the dough of the holy bread. God Almighty, is this religion? Is this what God wants? God will confront you for what you are doing.”

It was Ilan Pappe’s defence of this statement that led me to email him asking why on earth he would defend such a blatantly antisemitic outburst. Regardless of his well known anti Zionist views, antisemitism is a whole other ball game.

That first email led to an email discourse and some surprising assertions on his part. They were so surprising that I decided to sum them up in the Jewish Chronicle here.

Dr Pappe wrote a letter to the JC in the wake of my article saying that “I am surprised and disappointed that Mr Goldberg’s article gives the opposite impression that my correspondence with him intended.”

The truth is I don’t see any other way to interpret what he said to me. The meat of Dr Pappe’s assertions were that;

“The English text you sent me differs from the one I commented on. Had this been the text I might have had a different reaction.”

Seeing this really piqued my interest as it is the crux of the case, it is the above statement that the court deemed to be antisemitic and if Dr Pappe were providing expert testimony it would be on this…wouldn’t it? Well not according to him.

In the wake of the article published in the JC Dr Pappe wrote in to the paper saying something very different to what he said to me in our email exchange. What he said to me was the following:

“from what one can gather the Sheikh refers to a Muslim allegation at the time of the Spanish Inquisition that during the purge of the Muslims, the blood of Muslim children were used to prepare the Christian holy bread”

This also took me by surprise since it is completely different to the Sheikh’s own defence, who says that he was speaking metaphorically. I was so surprised by this answer that I came straight back at Dr Pappe asking him for some help in verifying these conclusions of his, asking amongst other things, the following:

“I have done my best to find sourced claims made by Muslims of Europeans using Muslim blood to make bread during the aforementioned time period but I just can’t find any, I would really appreciate it if you might be able to point me in the right direction.”

He replied to me saying that:

“I was asked to comment on the Arabic text – was not given an English text. The English text you sent me differs from the one I commented on. Had this been the text I might have had a different reaction. In any case he gave the speech in Arabic. and he does mention every now and then this reference to the inquisiton. You need to be part of the Palestinian miliue in Israel, as I am, to be aware of this. Is it a valid reference, I have no idea, or interest.”

That lack of certainty is in stark contrast to the statement that Dr Pappe makes in his letter to the JC where he says almost exactly the opposite;

“It is my expert view that the words used in the speech by Raed Salah were not a reference to the blood libel. They were in fact a reference to events that occurred during the Spanish inquisition to Muslim and Jewish children at the hands of Christian protagonists.”

This is pretty far away from the Professor saying to me that he doesn’t know or care whether it’s a valid reference and it is still inconsistent with the Sheikh’s own account of what he was referring to. I leave it to you to decide what it is reasonable to believe after being presented with this, I am not sure what other direction I could have gone in when informed by an expert witness in the case that he was ignorant as to the text lying at the heart of the matter and quite shocked when that expert came up with a theory at odds with the accused’s own reasoning.