Friends of Al Aqsa campaigns for boycotts of Israel and and all things Zionist. This includes, for example Starbucks, which doesn’t even do business in Israel. Their website promotes far-right antisemites like Israel Shamir and Gilad Atzmon. 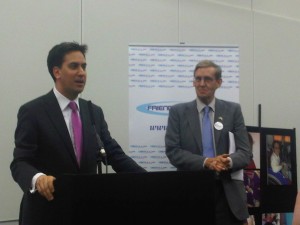 “Only idiots and fellow racists would promote Ismail Patel and campaign alongside him.”

I’m not sure which conclusion we should draw from this.

Update: this is Ismail Patel of Friends of Al Aqsa.

“Hamas is no terrorist organisation. The reason they hate Hamas is because they refuse to be subjugated, occupied by the Israeli state, and we salute Hamas for standing up to Israel.”

This would be the same Labour Friends of Palestine and the Middle East that hosts an article on its website which asks:

What is the basis for the western allegation that Hamas is a ‘terrorist’ organisation? After all, this is a Palestinian political party whose main objective is to fight Israel’s occupation of Palestinian land, and whose operations, however unsavoury, are confined to the local area. Since when was resistance to occupation a terrorist activity?

[T]he weakness of the Arabs and Muslims is only temporary and will sometime in the future be reversed. Evidently, the Muslim world is witnessing a massive awakening that is destined to initiate the transformation from weakness to strength. When the Arabs and Muslims’ gain of strength and confidence coincides with the retreat of the World Order due to the shrinkage of the material and military resources available to it and as a result of the augmentation of domestic crises, the end of the Zionist project will come and the State of Israel will be no more.

Friends of Al-Aqsa are also happy to publish articles referring to ‘Jewish Nazism’, and claiming that ‘Israel simply represents the Nazis of our time’ and ‘the powerful Jewish media … more or less controls the public discourse in many western nations’.