Mohammed Sawalha, president of the British Muslim Initiative, fugitive Hamas commander, and a signatory of the pro-Hamas Istanbul declaration (pdf) knows that we are living in dangerous times. He knows where the blame lies too.

The British Muslim Initiative (BMI) is appalled by reports that government has been using its Prevent programme to spy on Muslim citizens. We hail the principled decision of the Guardian newspaper to publish the findings of its investigations, which confirm that the programme has maliciously targeted Muslim communities through what Liberty describes as “the biggest spying programme in modern times”. BMI president Muhammad Sawalha said, “This campaign of espionage is a hallmark of totalitarian societies. It is an unfortunate throw back to the Cold War years when spying was the order of the day.” “We are deeply aggrieved that such measures should be adopted to target law-abiding citizens in a modern democracy”, he added. The BMI recognizes in the government strategy a dark political undercurrent of hostility engineered by the Zionist, Islamophobe and Neo-Con alliance (ZINC).
…
The BMI calls on our government to scrap the discredited and wasteful Prevent programme and disassociate itself forthwith from the jaundiced advices of the anti-Muslim ZINC alliance. For further information and interviews, contact:Anas Altikriti 07899 80600 British Muslim Initiative 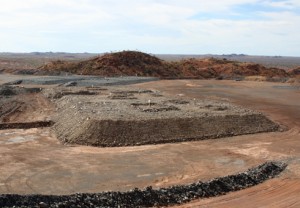 A good place to hide some black helicopters

Anyone might think there are bombers about in the UK, but Sawalha has set the record straight. Yes, MI5 is just like the KGB back in the bad old days, it’s the Jews and their dark friends wot done it, and it’s all about persecuting law-abiding citizens. Well spotted, Mr Fugitive Hamas Commander.

A guest at Interpal’s anniversary dinner was his friend, fellow Palestinian Mohammed Sawalha. From London, Sawalha is said to have master minded much of Hamas’ political and military strategy. Wanted by Israel, he fled to London in 1990.

Dr REUVEN PAZ Former Head, Research Division Israel General Security Service (PAZ): Sawalha was one of the senior activists in the dawah portals of Hamas. He was involved, let’s say, with the background of the finance, the logistic assistance.

WARE: But he was in Hamas?

PAZ He was, he was a member, he was an activist of Hamas, that’s for sure.

WARE: In London, Sawalha is alleged to have directed funds, both for Hamas’ armed wing, and for spreading its missionary dawah. Then, in January 1993, an operation Sawalha was involved in went badly wrong. Hamas would be forced to reorganise its funding arrangements.

PAZ: Mohammed Sawalha told Mohammed Salah to look as a respectable businessman, where to hide the suitcase, to take not to fancy hotel, etc, etc, and to be very cautious.

WARE: With Sawalha’s agreement Salah began distributing about a quarter of a million dollars to local Hamas operatives. Some was ear marked for military activities. Some for missionary dawah. More money was in the pipe line from his bank in Chicago. But the Israeli’s had been tracking him. Stopped at a check point as he left Gaza, Salah was arrested in March 1993.

Salah ended up doing nearly 5 years in an Israeli jail, where the Israelis got a lot out of him about Mohammed Sawalha in London, and Hamas’ funding operation. During one interrogation, Salah was taped without his knowledge.

Reconstruction SALAH: I made a stop in London to meet with Abu Abada, who is more knowledge about the West Bank’s operational activities. See, the operational and the dawah.

INTERROGATOR: I didn’t understand. One more time. Do you mean that Abu Abada is to be in charge of the dawah and of the movement.

PAZ: Maybe even in London, I would say, he became more important for Hamas than during the period he was in the territories.

Here is Sawalha on one of his little London outings. Note the insightful Israelis-are-Nazis “Stop the Holocaust in Gaza” placard produced by his organisation. 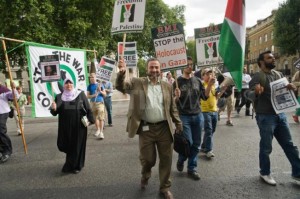 This fellow too showed up at that demo: 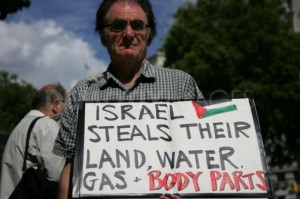 The British Muslim Initiative is one of the main partners of the “Stop the War Coalition” (StWC) for the demonstration scheduled for October 24 in London.

George Galloway will of course be a speaker at the “bring the troops home” demo. He cares about the troops, you see, and he shows this by arguing for their murderers:

“George drew his speech to a close with an emotional account of how the grieving mother and father of a Soldier killed in Afghanistan had approached him recently at the end of public meeting. He explained their anger and confusion how they blamed the Taliban, and with pride how their son had died with a “picture of the Queen in his breast pocket”. George said how difficult it was to tell them that the “Queen didn’t have a picture of their son, didn’t attend his funeral” and they should blame the the government that sent their son to his death not the people of Afghanistan who have a right to resist the occupation of the country.”

Rapper and 9/11 troofer Lowkey (he of great “nothing is more antisemitic than Zionism” understanding, you can’t fool him either) will also be among those entertaining the hateful.

A fine pair the BMI and the StWC make.

Elsewhere, I see jihad loving civil servant Azad Ali is still a member of Liberty’s national council (pdf). He has said he and others are “working our socks off, in different ways, for the resurgence of the Khilafa (Islamic caliphate)”. Ali’s favourite Caliph would be Hamas leader Ismail Haniyeh.

What a brilliant and inspired choice of councillor for a civil liberties group. One really must take such an organisation seriously.