Every evening, between six and eight, Iranians living in London have converged on the Iranian Embassy in Kensington.

The crowd is almost entirely Iranian – and includes not just Persians, but demonstrators from the many other ethnic groups which make up modern Iran. 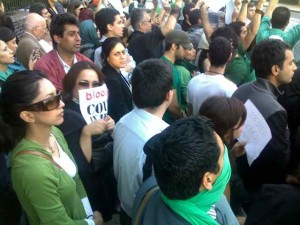 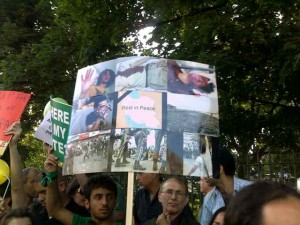 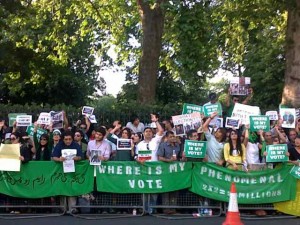 There should be more British people on the demonstration. We should be showing our support for our friends.

As a footnote – and I know I’ll get pilloried for saying this – I can quite honestly say that I’ve never demonstrated alongside so many good looking people. all the women are strong, all the men are good-looking, and all the children are above average*. I put this down to the absence of the SWP.

There’s a theory – possibly P.J. O’Rourke’s – that you can tell the prospects of success of a political movement by the attractiveness of those it attracts.

On the basis of that theory, Ahmadinejad is toast.