I’ve written a novel. A thriller, to be more precise. It’s called The Budapest Protocol and is published this month by Reportage Press. Reportage Press is a new company, set up by former journalists, specialising in books with a foreign affairs slant.

My book’s hero is, of course, a foreign correspondent – what else did you expect ?! He discovers that the European Union super-state is a front for a sinister conspiracy hatched in the last days of the Second World War. The Budapest Protocol is fiction, but was inspired by a genuine 1944 US military intelligence report on the Nazi industrialists’ post-war plans, known as the ‘Red House Report’.

Read more about the Red House Report in today’s Mail on Sunday. 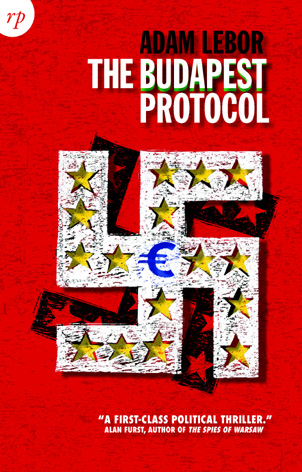