I’ve been trying to ration my posts about the US election, but this photo (of a house in Martinsville, Indiana) is too special to pass up. 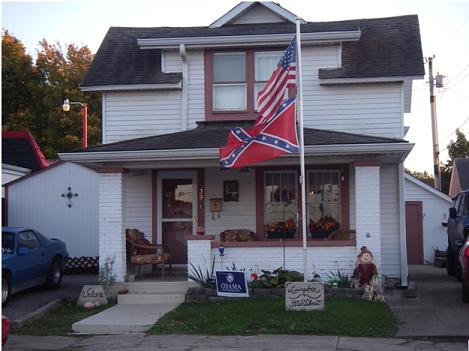 And I’m not as surprised as I would have been six months or a year ago.

There are some on the racist extreme right who say they are planning to vote for Obama in the hope that his election will provoke a race war. I doubt, however, such people would go so far as to post one of his yard signs.

Update: It’s not a one-off either.