Remember back during the 2006 Israel-Hezbollah war, when George Galloway proclaimed to loud cheers at a “Stop the War” demonstration:

The same Hezbollah and Hassan Nasrallah which organized a welcoming celebration for the freed child-killer Samir Kuntar? 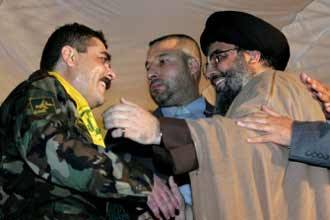 Perhaps one way of dealing with these outrages is never again to let pass a public appearance by Galloway or a “Stop the War” demonstration without distributing to the participants a leaflet prominently featuring Galloway’s glorification and Hezbollah’s embrace of Kuntar, along with this photo of the three Israelis he murdered (and yes, Kuntar murdered the child who suffocated as her mother tried to keep her from crying): 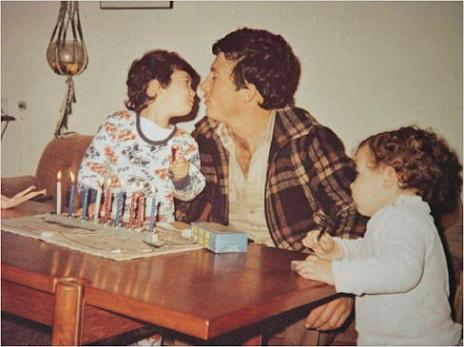 And the leaflet should include this description of what Kuntar did:

Consider Smadar Haran, a survivor of the 1979 attack led by Kuntar. Kuntar burst into Haran’s apartment building in the dead of night, seizing Smadar Haran’s husband Danny and their daughter Einat, 4 years old.

Desperate to save their two-year-old girl Yael, Smadar Haran huddled with her in a crawl space in the attic. “I will never forget the joy and the hatred in the voices [of Kuntar and his men] as they swaggered about hunting for us, firing their guns and throwing grenades,” she later recalled in the Washington Post.

“I knew that if Yael cried out, the terrorists would toss a grenade into the crawl space and we would be killed,” she wrote in 2003. “So I kept my hand over her mouth, hoping she could breathe. As I lay there, I remembered my mother telling me how she had hidden from the Nazis during the Holocaust. ‘This is just like what happened to my mother,’ I thought.”

Smadar Haran’s personal torture had only begun. She would later learn that Kuntar had dragged her husband Danny and older daughter to the beach nearby, where he shot Danny execution style, making sure that her father’s death would be the last sight her little girl would ever see.

Kuntar then took the butt of his assault rifle and brought in down on Einat’s head, crushing it against a rock.

Smadar Haran would later recall, “By the time we were rescued from the crawl space, hours later, Yael, too, was dead. In trying to save all our lives, I had smothered her.”