Here’s a heartwarming story, from the website of the clerical fascist political party, the Muslim Brotherhood. Islam Online reports:

CAIRO — Provoked by the re-printing of a cartoon lampooning Prophet Muhammad (peace and blessings be upon him) by Danish newspapers, Danish young man Anders Botter has stood up and be counted, taking his case of defending the other’s religious sensibilities to the popular social website Facebook to say “Sorry Muhammad.”
“As an average Danish citizen, my primary goal with this Facebook group is to say that ‘I’m sorry’ to all those ordinary Muslims around the world, who have been offended by the cartoons of prophet Muhammed (sic),” Botter said in a live dialogue on IslamOnline.net.

Botter, 27, says he launched “Undskyld Muhammed” or sorry Muhammad in English to spark a constructive debate about limits of freedom of expression in a secular and democratic Denmark.

“I’m 100% support the freedom of speech – but I also respect the religious views and feelings of other people,” he said.

“Denmark is a very secular society, where religions do not play a significant role. In my personal point of view the ‘new religion’ of Denmark is ‘democracy’ and ‘freedom of speech.'” Harry Botter and the Exploding Turban

Aspiring to be a professional filmmaker, Botter did not rule out a movie about the noble messages brought by different prophets to humanity.

“I would like to make a movie, which contains traces of all major world religions. For example a movie where Jesus, Muhammed and Abraham all featured as historical figures and later holy prophets.”

What part of “Islam Prohibits the Depiction of any of Allah’s Prophets” does Botter not understand?

This young fellow has gotten himself into a whole heap of trouble.

Meanwhile, here’s some Jesus and Mo: 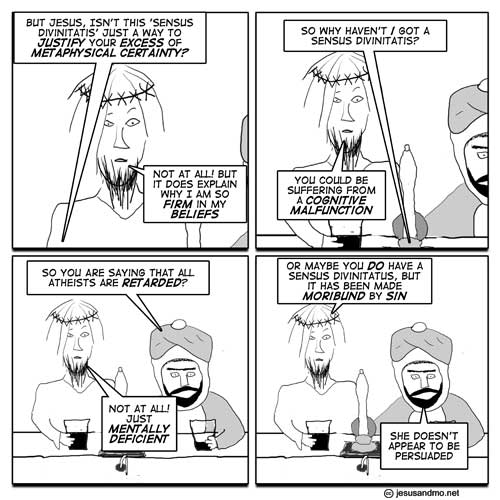