Knesset member Shlomo Benizri, is a member of the Haredi-supported Shas party. He is upset by the Israeli government, which is in the process of passing legislation granting adoption rights to same sex couples. He is also upset by a recent spate of earthquakes, which have shaken the region. 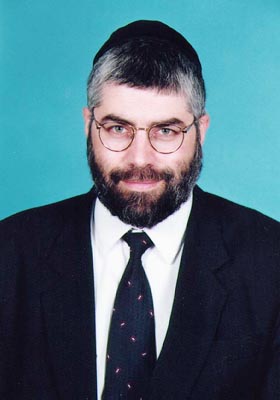 Therefore, he did what any sensible religious lunatic would do, and called upon the Israeli government to:

“stop passing legislation on how to encourage homosexual activity in the state of Israel, which anyway brings about earthquakes.”

Asked to clarify his position, he quoted from the Gemara which apparently “makes a link between gay sex, God’s wrath and earthquakes”, and then added:

“God says you shake your genitals where you are not supposed to and I will shake my world in order to wake you up,”

Ophir Pines-Paz (Labor) wittily replied: “Then change the Gemara.” Reform Rabbi Gilad Kariv said that the “only organ that shook the Knesset was Benizri’s unrestrained tongue.”

Benizri is presently being tried on corruption charges. Apparently, god is less worried about that sort of thing, than he is about bum sex.

In another part of the same region, two rather saner people – one in Gaza (“Peace Man”) and one in Sderot (“Hope Man”) – have got together to produce a joint blog.