For those of you who enjoy such things, the BBC’s Independent Panel on the BBC’s coverage of the Israeli-Palestinian conflict is taking submissions from members of the public until 25 November 2005.

Here is a good example of the impartiality of the BBC’s reporting of the Israeli-Palestinian conflict, from a photo essay about the making of the German state funded suicide bombing film, Paradise Now: 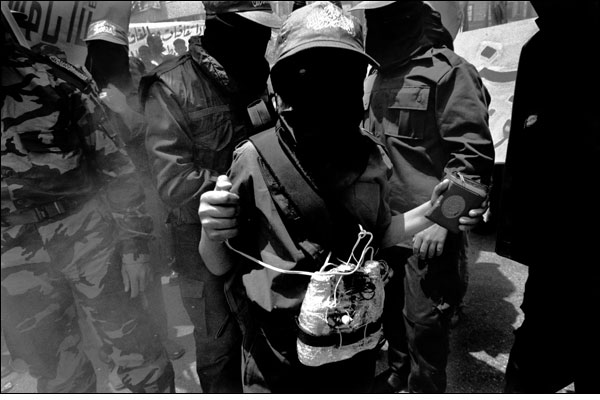 Caption: “Palestinian children learn at a young age about the struggle for freedom. To some, the Palestinian martyrs are heroes. Here a child poses for a photograph at a rally organised by militants.”