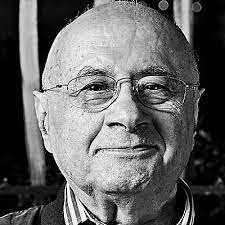 Karl Pfeifer, who was a longtime and valued contributor to HP  has sadly passed on at the age of 94 in Vienna. Karl led a fascinating life in a time of great peril for Jews, born in Austria but fleeing at the age of 10 to Hungary and then again, escaping as one of only 50 children to Palestine. He was a zionist-socialist, served in elite paramilitaries as well as the army of Israel and experienced more adventure and danger in his early life than all of us combined. He was a well-known journalist as well as great spokesman of the Jewish community. He spent a lifetime fighting the enemies of democracy whether they were communists or fascists. We will miss him greatly and convey our condolences to his family.

May his memory always be a blessing.