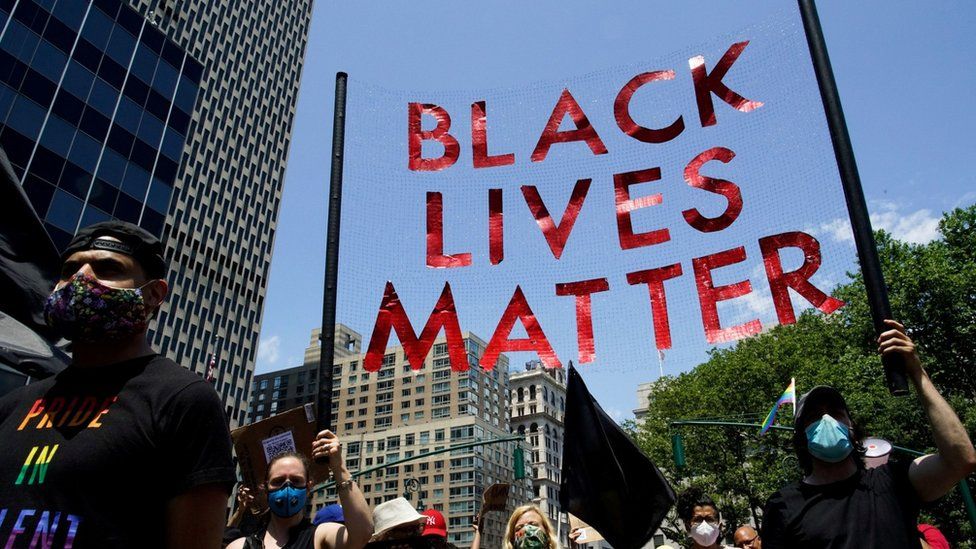 The BLM organisation was founded in 2013 by Patrisse Cullors, Alicia Garza, and Melina Abdullah following the acquittal of Trayvon Martin’s murderer, George Zimmerman. BLM states that its mission is to “eradicate white supremacy and build local power to intervene in violence inflicted on Black communities by the state and vigilantes.”

Following the tragic murder of George Floyd, in 2020, at the hands of police officer Derek Chauvin, BLM managed to organise a number of protests across America to protest against the apparent institutional racism African Americans face.

According to a report published in May 2021 from the The Armed Conflict Location & Event Data Project (ACLED), 11,000 protests associated with the BLM movement took place across 3,000 distinct locations across America. Approximately 94 per cent of the protests that took place were peaceful, whereas the remaining six per cent involved reports of violence, clashes with law enforcement, looting and other destructive activity.

Where protests were not peaceful, it is not entirely clear who instigated the violence. The report states that some of the violence and destructive activity was instigated by supporters of BLM whereas in other cases, it was either the far-right or as a result of heavy-handed intervention from law enforcement. What is abundantly obvious, is that the vast majority of anti-racist protesters were peaceful. This provides the BLM organisation with political capital to appear as a legitimate organisation, when it seems it is far from it.

In 2020 the Black Lives Matter Global Network Foundation (BLMGNF) managed to take in more than $90 million dollars in donations. Of that amount, $8.4 million was used for operational needs such as staffing, resources and crisis response. Furthermore, $21.7 million dollars was dispersed in the form of grants to 33 organisations. Whilst the management of the funds appear to be inline with the organisation’s aims, a curious amount was spent on something that appears to be at odds with their mission.

An investigation by New York magazine found that the BLM organisation bought a $6 million dollar mansion in Southern California in 2020. This wasn’t the only purchase they made, indeed Patrice Cullors also purchased four homes in 2021 for nearly $3 million. What is most disturbing about the $6 million purchase of the house however, was the fact that the purchase was transferred so that the identity of the new owner would not be disclosed to the public. The BLM organisation received heavy criticisms for this.

According to law.com, a spokesperson for the organisation said the purpose of the house was a dedicated space for recipients of a new fellowship. The spokesperson further notes that it “provides recording resources and dedicated space for Black creatives to launch content online and in real life focused on abolition, healing justice, urban agriculture and food justice, pop culture, activism, and politics.”

However, these purchases place the BLM organisation into a critical light that it had hoped to weather with the goodwill of its supporters and donors. But it is not the responsibility of those that are anti-racist to supply the organisation with legitimacy, it is the organisation that needs to prove it is legitimate through its own actions. This however, does not appear to be the case.

The acquittal of George Zimmerman and the murder of George Floyd provided the impetus for the BLM movement to be born, but it seems a nasty side of the BLM organisation had also grown. It appears to have exploited and taken advantage of those that seek a fair and equal society by making purchases that are at odds with its stated aims and missions.

Anti-racist campaigners and organisations should distance themselves from an organisation that appears to use their money to make themselves more equal than those they profess to support. This is scandalous and only fuels the rhetoric that all those that are anti-racist are somehow similar to the BLM organisation, when that it certainly not the case.