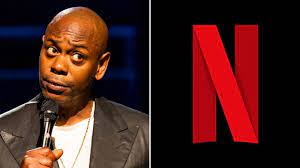 Norm Macdonald, a truly outstanding and unique Canadian comedian, died in September after a 9-year battle with cancer that nobody knew about. Norm (everybody calls him Norm) became famous as the pretend news anchor on Saturday Night Live, a precursor to Jon Stewart’s Daily Show. I never really followed Norm during his career; I was too busy raising children and never watched SNL or late night talk shows, e.g. David Letterman and Conan O’Brien, where Norm was a frequent – and hilarious – guest.

Since his death I’ve watched clip after clip of his standup and his guest appearances and split my sides laughing, becoming as enamored of the guy as his fellow comedians, who can’t say enough about his comedic genius. When I learned that Dave Chappelle had paid tribute to Norm in his controversial Netflix special The Closer, I decided to watch it to see how Chappelle memorialized him and at the same time see for myself what the big controversy was really about.

Dave Chappelle is a funny man. Many of his Youtube clips (e.g. his monologue about Jussie Smollett) are hilarious. But in The Closer, I waited in vain to have a belly laugh, or even a chuckle, though his putdowns of white people and repeated use of a particular racial slur were lapped up by the mostly white audience.

Dave Chappelle is also a convert to Islam, which may in part explain two short jokes he made at the expense of Israel and Jews. He talked about a sci-fi movie he wanted to make about people who lived on earth 100,000 years ago, then left to go to other planets, then returned to Earth and dominated the current inhabitants. He would call it “Space Jews.” He returned to the “Space Jews” theme some time later in the show, talking about a slave who became a slaveowner and treated his slaves worse than he had been treated by his owners. Needless to say, the mostly white, progressive audience thought these remarks were real funny.

I mention the above because it shows how limited his knowledge is of the Holocaust, Zionism, and Israel’s founding, and because I know this will be of interest to HP readers. But Chappelle is entitled to his superficial opinions, and this wasn’t a major or even controversial part of the show, so that’s all I’m going to say about it.

The real controversy surrounding The Closer has been about Chappelle’s supposedly transphobic remarks, which has sent progressive young ’uns into a tizzy; the youngsters who worked for Netflix even staged a walkout to demand the show be pulled (it wasn’t).

But surprise, surprise. Chappelle had mostly kind words about transgender people. That should have been obvious, given the makeup of the mostly white, progressive audience, who would have been appalled at any real transphobia, but instead laughed and clapped at every remark.

Still, as you can well imagine, the critiques roll in. Here’s one from one Stephen Kearse writing in The Nation, who describes Chappelle’s comments about transgender issues as “ a brutish and protracted salvo on trans identity.” For instance, he points to Chappelle’s story about an argument he once had with a trans woman: “She kept calling transgenders her people…. I said, ‘What do you mean your people?’ Were y’all kidnapped in Transylvania and brought here as slaves?” Horrible and transphobic, I know.

But “it gets much worse,” Kearnse writes. “For the final third of the set, Chappelle proudly declares himself a TERF, defends J.K. Rowling’s transphobia, and relays a self-serving story about his friendship with a trans comic, Daphne Dorman, who died by suicide in 2019. Chappelle tacitly attributes this event to a Twitter backlash that arose from Dorman defending his transphobic jokes. Aggrieved by how some trans Twitter users treated her, he decides to claim her as kin: ‘I don’t know what the trans community did for her, but I don’t care because I feel like she wasn’t their tribe, she was mine.’ Tribe. Mine. That provincialism is the heart of Chappelle’s kvetching.” (One has to wonder how Chappelle would react to be called a kvetch.)

Note that in this entire review – not just the portions I’ve excerpted – there is no evidence of “transphobia.” All the review can cite is Chappelle calling himself a TERF (trans-exclusionary radical feminist), which he does ironically, to highlight how ridiculous the charge is and how liberally it is tossed around. JK Rowling is no “transphobe,” except to radical trans activists and their allies. And his story about Daphne Dormer was touching, not hateful.

So no, the big problem with The Closer isn’t “transphobia,” or any other phobia, including anti-Zionism. It’s that being polemical and funny at the same time isn’t easy or maybe even possible. In The Closer, Chappelle’s efforts are directed primarily at getting a message across, and only secondarily about being funny. The show is over an hour long, and I laughed out loud maybe three or four times. For a comic, that has to be a more serious indictment than all the silly transphobia accusations. Not that Chappelle needs to worry about that, or about what I think; Netflix paid him $20 million for The Closer, so while I didn’t find it funny, he’s laughing all the way to the bank.

To end on a positive note, I have to thank Chappelle for bringing a not-so-funny tear to my eye in the very last frame of the special, which said simply: “For Norm.”

PS: Norm Macdonald clips are all over Youtube. Although his comedy may not be to everyone’s taste, I highly recommend his late-night interviews with David Letterman, Conan O’Brien and Jay Leno, his standup, and his Saturday Night Live “news” reports. 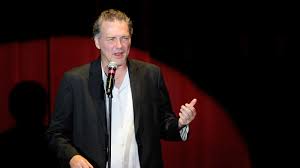