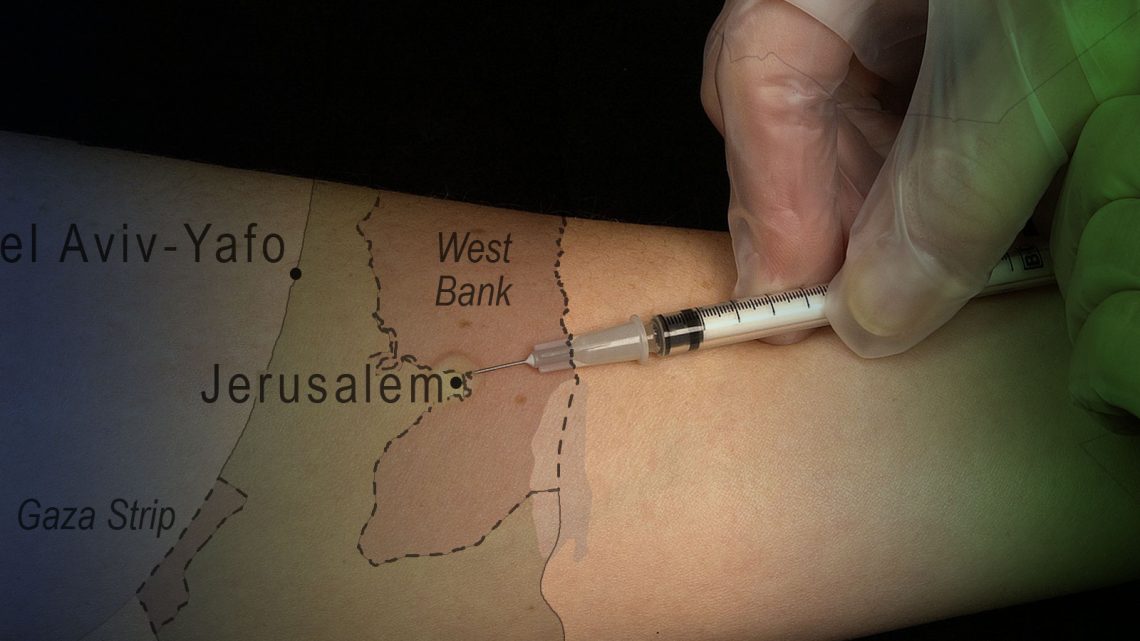 So there is a story going round: ‘Apartheid Israel’ is withholding life-saving vaccines from the Palestinians. proving once again that the irrational stupidy of conspiratorial thinking is leading the convergence of Left and Right, both The Guardian and The Daily Mail ran with the story.

“Israel is accused of ‘racism’ by Palestinian PM after excluding 4million people in the West Bank and Gaza from its Covid-19 vaccine program,” said one. “Palestinians excluded from Israeli Covid vaccine rollout as jabs go to settlers,” said the other. It doesn’t matter which because the stores were interchangeable.

And of course, without wishing to speculate which MPs read which papers, several of our elected parliamentarians proceeded to pour political paraffin on the Palestinian pandemic propaganda pyrotechnics on Twitter. What a palaver!

The JC reports that Tory MPs Alan Duncan and Nicholas Soames have penned a letter to The Daily Telegraph pontificating that:

“But Israel declines to administer this lifesaver to Palestinians living in their own country, despite its legal obligation to do so as the occupying power.

“It is difficult to understand how any rational person can support this unjustifiable differentiation between populations.

“Whatever the divisions of the past, surely any civilised country should see the catastrophe of a global pandemic as an opportunity to unite across borders and put aside differences for the sake of humanity.”

Across the house, Labour MP Nadia Whittome has tabled an emergency motion demanding that the British Government condemn this “injustice”, declaring “Israeli settlements are being vaccinated yet Palestinians living metres away are not.”

Meanwhile, over the pond, The New York Times is running with this too, giving an op-ed to Mustafa Barghouthi in which he peddles the same fake news. Dr Barghouthi is a member of the Palestinian health committee that deals with Covid-19″ and a former PA government minister, so he really should be better appraised of the facts. Not that they matter. The surely do not matter to Democrat Michigan Representative Rashida Tlaib who claimed:

“Israel is a racist state, and that they would deny Palestinians like my grandmother access to a vaccine, that they don’t believe that she is an equal human being who deserves to live, deserves to be able to be protected by this global pandemic.”

Back in the UK, a new (to me, at any rate) Labour pressure group called “Labour & Palestine” has organised an event for the same Dr Barghouthi to spout this fiction.

Time Magazine says that the UN claims Israel has a responsibility, but the UN long ago ceased to be a credible organisation. As did Amnesty, and Human Rights Watch, which similarly have sacrificed all credibility in recent years.

Here are the facts:

Will these facts reach the British parliament before Nadia Whittome seeks cross-party support for her “emergency motion”. Let’s hope so, because if there is one things that unites cranks on both sides of the political divide it is the conviction that Jews are behind something diabolical.