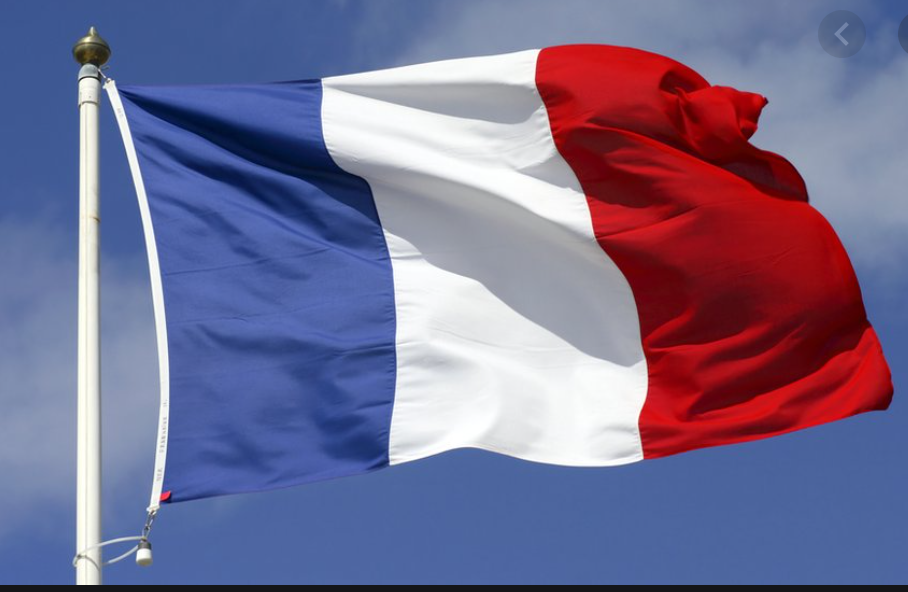 If I didn’t know Roshan Salih was the editor of 5Pillars and reporter for Press TV, I’d strongly suspect he was a fabrication dreamed up by some far right fanatic to whip up anger against Muslims.  This was his disgraceful response to the murder of Samuel Paty, the teacher who was decapitated outside his school after showing cartoons depicting the Prophet Muhammad as part of a civic education class. 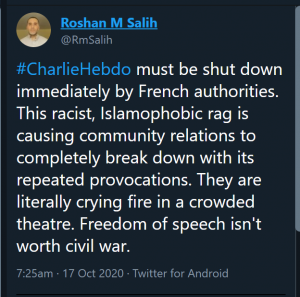 In an earlier tweet in response to the same atrocity he said:

France is heading down a v dark path. The oppression & brutalisation of Muslims is completely out of control. And the terrible violence seems set to continue.

If you didn’t know the context you’d probably assume the ‘terrible violence’ had been some kind of Islamophobic attack.

On a quite different note, you don’t have to agree with the MCB’s Miqdaad Versi on all issues to find his own response to the murder quite unexceptionable.

However it attracted some unfair jibes.  One tweeter said:

No, he is more likely condemning the police for shooting an innocent Muslim going about his righteous business. This is ambiguous (double-speak) for pandering to his base.

Another picked up on this (quite unearned) suspicion:

Almost as disgusting as a jihadi decapitating an innocent man over a drawing? Are you for real ?

How many more attacks in the name of Islam do we need to witnessed before it is banned in our Christian states?

There’s an ironic echo here of Salih’s reasoning.  To assert that ‘freedom of speech isn’t worth civil war’ could well prompt others to make the same point, from the other side, about freedom of religion.