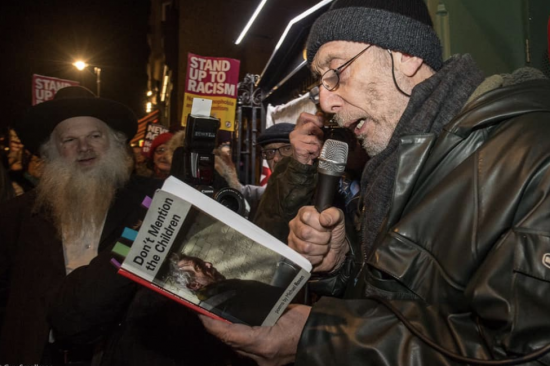 When thinking of far left activists it helps to think of people who would swear by the Soviet-era propaganda paper Pravda as the only trustworthy source of information.

They proved this once again by trying to take advantage of a spate of antisemitic graffiti to push their agenda.

The graffiti daubed around South Hampstead took the form of a Star of David with 9 11 underneath it. In the post general election environment this incident became something of a media story. 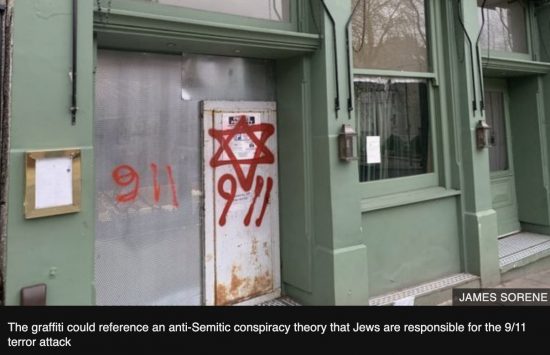 Clearly the far left thought this offered them an opportunity to pretend they cared about the issue, despite the fact that so many of their own activists engage in conspiracy theories about Jews and 9/11 consistently.

When they announced via Stand Up to Racism that they were holding a ‘Vigil against AntiSemitic graffiti in Hampstead & Belsize Park‘ few were convinced it was anything other than an opportunity to pretend to care. Such concerns were hi-lighted by the fact that the organisers didn’t even bother asking the local Jewish community to be a part of it or whether they wanted such a vigil at all.

Fiona Sharpe of Sussex Friends of Israel and spokesperson for Labour Against Antisemitism tweeted;

The idea of the SWP in the guise of SUTR trying to culturally appropriate this is so offensive. This hasn’t been supported by the the Jewish community and isn’t welcome. That Corbyn/BDS supporters have tried to claim this as their own is disgraceful. They fool no one.”

Plenty of Jewish activists against antisemitism tweeted their concerns. Others present were also critical;

On a more serious note. The vigil is a disgrace that deserves the strongest condemnation from the local MP @TulipSiddiq. They didn’t even bother contacting the local Jewish community. Can be part of the period of reflection. Don’t really care who in the CLP she might piss off.

Unsurprisingly, a row has kicked off at the Hampstead antisemitic graffiti vigil. Man accuses someone at the rally of being a BDS (boycott Israel) protestor. #antisemitism pic.twitter.com/kCLCiw1FdC

Joined the vigil in Hampstead organised by the SWP linked Stand Up To Racism. This man, a steward, was overheard pointing out ‘Zionist journalists’ to other organisers. pic.twitter.com/OrdBxSnJbT

In reality this vigil did nothing more than give a bunch of activists calling for BDS the opportunity to gather en masse outside of an Israeli cafe in Hampstead.

Wherever the hard left appear they stoke divisions.

The people of Britain have rejected this but the grip of the far left on the Labour Party has only tightened.