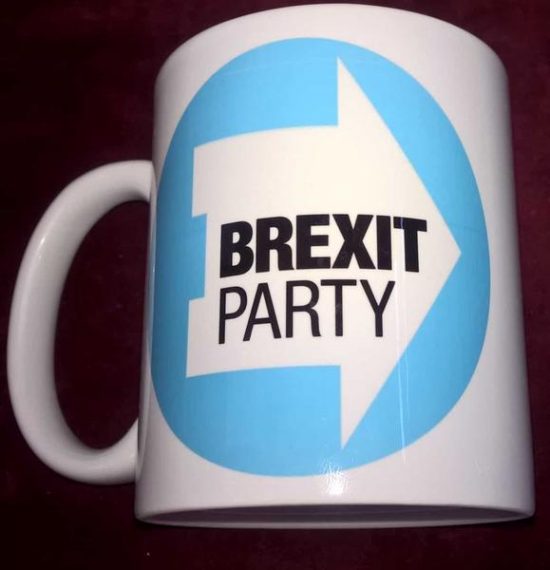 It seems ages ago, when an election was still uncertain, that I asked if Farage might become Remain’s Useful Idiot?

He’s possibly the highest profile Brexiteer, although somewhat of a Marmite character.

As Brexit is not yet certain, his treatment by future historians is unknown but he can, potentially, be seen as one of the most influential people never to have been in parliament.

There are basically two types of elections: General Elections and the rest. By-elections, local elections and EU elections are frequently used to send messages, usually to governments.

The rise of UKIP in the early 2010s certainly contributed to there being a referendum in 2016. Subsequently the emergence of the Brexit Party in the Spring of 2019, and its rapid garnering of support from, although not only, Conservative supporters, members and activists suggested that electoral success could come from being a Brexit party.

During the EU election campaign I attended a Brexit Party rally, 1000+ adoring fans cheering everything Farage said – and there have been many more. This is an echo chamber and it’s easy to start believing the hype.

Peak Brexit Party was probably the Peterborough by-election on 5 June.

Conservative poll ratings started recovering, and have continued to recover, mainly at the expense of the Brexit Party, since the start of the leadership contest, for which nominations opened on 10 June.

2/3 of Conservative members supported Johnson and many of his actions have played to Brexit Party supporters.

Negotiating with the EU is like pushing a rock up a mountain blindfolded. The objective is to get the rock to the summit but you don’t know how near you are, and one push too many sends it over the top and crashing back down.

In addition to the not inconsiderable achievement of getting rid of the backstop, etc Johnson has managed to more or less unify Leave, where realpolitik looks to have arrived, and is also supported by some democratic Remainers who prefer a deal.

Just as Swinson moved the LibDems from a referendum, although they still support one, to a revoke party to differentiate them from Labour, Farage pushed “no deal is the best deal” to try and stay in the picture.

Farage’s offer of a Leave Alliance, on the condition that Johnson dumps his deal, is a non-starter. Even if “no deal” was the best deal, which is ludicrous, it would fracture Johnson’s coalition and probably lose more support than Farage might supply.

His issues regarding Johnson’s deal have been refuted, but a reality check is also important. Considering Swinson’s claim to be “a candidate for Prime Minister” I concluded that “the odds on Swinson increasing her 20 MPs by more than 250 are as near to zero as makes no difference”, the chances of a parliamentary majority for “no deal” are the same.

Johnson has snatched the baton and stolen Farage’s clothes, it’s now more about his ego than delivering Brexit.

My view is that Johnson pulled his bill as the parliamentary arithmetic, plus Bercow, made wrecking amendments inevitable. However, Sturgeon and Swinson realised that anything getting through the Commons was game over so decided to support an election – Swinson has admitted it

Their best way to revoke Article 50 is a second referendum, and the polls currently show a small majority for Remain.

They aim to be kingmaker(s) in a hung parliament, with support conditional upon a second referendum, although Sturgeon also wants IndyRef2.

In England and Wales the LibDems, Greens and PC have agreed a Remain Alliance, although it has been noted that “The majority of the 60 seats being targeted are held by Labour MPs – many of them with strong Remain credentials”.

It’s unknown how successful these efforts will be, but the consequences of supporting – probably through confidence and supply – a minority Corbyn government are clear. He’s pledged to negotiate a “credible leave option”, which could be similar to Norway, i.e., effectively in the EU but without a say, and have a referendum to choose between that and Remain.

This would be like the stunt Cameron pulled on Clegg with the Alternative Vote Referendum as many Brexiteers would, at best, campaign halfheartedly.

If, unlike 2017, this is a Brexit election then the most united side should prevail.

Opinion polls are now accompanied by vast quantities of salt but, when consolidated, may indicate trends. The problem was well illustrated when three contemporary polls gave Conservative leads of 8, 12 and 16%; they can’t all be right but they can all be wrong!

Farage and his party have to smell the coffee as a majority Johnson government is about the only guarantee of leaving. If they field candidates where the Conservatives have a small majority or are realistic challengers it might be 40 years before there’s another chance to leave.