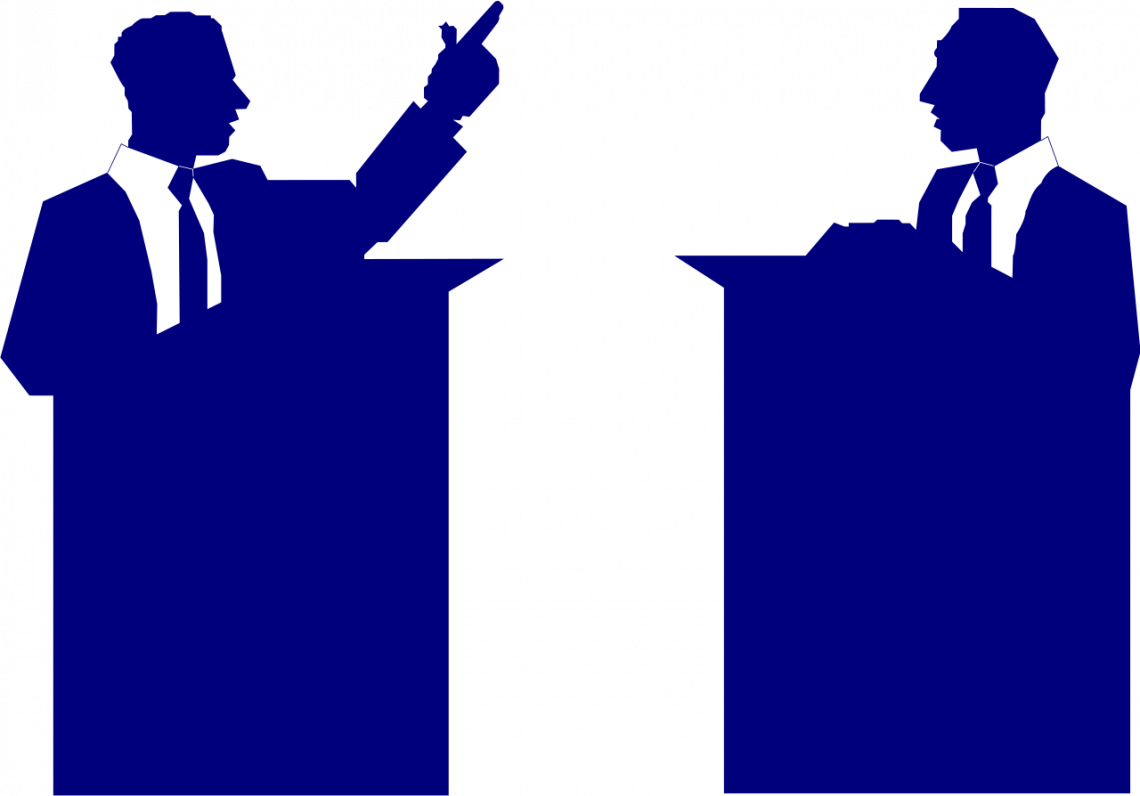 It may surprise some but British televised election debates are less than ten years old. Neither Thatcher nor Blair were interested, probably because their ratings were such that they saw nothing to gain and everything to lose.

In 2010 Brown was behind in the polls so agreed.

This time, so far, there has been the announcement of a Johnson-Corbyn head-to-head on 19 November, which is about when postal votes will start arriving.

The LibDems have, predictably, complained about the exclusion of Swinson.

The broadcasters need a policy, within reason it doesn’t matter what, as long as it’s justified and followed.

Swinson contends that she is a “candidate for Prime Minister”, but the criteria is to be able to command a majority in the House of Commons, as was seen recently when there was talk of an “interim” PM should Johnson lose a vote of confidence.

The PM after 12 December will only come from a nationwide party; Conservative, Labour, LibDems, Green or Brexit Party. 320 seats will give an overall majority but something in the high 200s could form the basis of a coalition (Cameron got 306 in 2010). Only the Conservatives or Labour have any prospect of winning sufficient seats, the odds on Swinson increasing her 20 MPs by more than 250 are as near to zero as makes no difference.

A “Prospective PM” debate has to be limited to Johnson and Corbyn.

Some believe that there might be another hung parliament in which case “kingmakers” become important; the LibDems, SNP and, after 2017, the DUP. It’s unlikely that either PC or the Brexit Party would have sufficient, or any, seats but if Scottish and Northern Irish parties are included, why not Welsh?

If either of the Greens or Brexit Party are included then, realistically, so should the other.

There are further complications in that only the Conservatives, Labour and LibDems have, or will have, leaders in the House of Commons, and the Greens, of course, have joint leaders!

Where, if at all, do Change UK fit in? At present their five MPs equal the Greens and PC combined.

It’s difficult to find a policy that includes Swinson without at least several others: Sturgeon, currently, has more MPs.

Then things start getting messy. I doubt I’m alone in noting how too many participants mean that Politics Live and Question Time now seem to be characterised by continual interruptions and guests talking over each other.

If the number gets to five, six, or more the scope for a decent back and forth reduces significantly.

So, how could it operate? A question is asked and the participants reply – probably limited to one or two minutes. Obviously many of the statements will be disputed so is there a second round, or more? Is everyone included? How long do they get? It’s easy to see each question occupying 10 to 15 minutes, an hour long programme, with opening and closing statements, might get through five questions!

Although they would never admit it Teams Johnson and Corbyn would like to dodge Swinson. In 2010 there was “I agree with Nick” and Cleggmania which resulted in a, albeit temporary, LibDem surge in the polls.

Johnson and Corbyn both have “baggage” and can be described as “male, pale and stale”, whereas Swinson is a young mum with a regional accent – but largely unknown to the overwhelming majority who take little day-to-day interest in politics. It’s cynical but the main parties would prefer to keep her unknown.

Although he’s improved Corbyn is still fundamentally a hard-left ideologue from an echo chamber who sometimes has a short temper and can have difficulty thinking on his feet. He certainly wouldn’t want to be challenged on Brexit by the likes of Swinson, Sturgeon, Lucas or Soubry and there’s the memory of the 2015 Conservative success with Miliband in Sturgeon’s pocket. Swinson would also challenge him on antisemitism and bullying, using the example of Luciana Berger.

Cameron was “Flashman” – remember “Calm down, dear” – and his background gave him confidence which could be seen as arrogance. Johnson is similar but has a tendency to waffle, bluster or try and change the subject if the questions get difficult. His achievement in getting a better, from most Brexiteer’s point of view, deal than May should not be understated, but it’s unlikely he’d relish being confronted by Farage or Foster!

There is a real possibility of Johnson and/or Corbyn being “set upon” by the smaller parties – which wouldn’t do them any favours.

The two-hander on 19 November could provide reasonably detailed discussions on a decent number of topics and there is still time to organise more, although sorting out, and agreeing, a format is a far from trivial task.

It may not provide any useful information but there could be a certain amount of “innocent merriment” in seeing either, or both, of the main protagonists “savaged”.