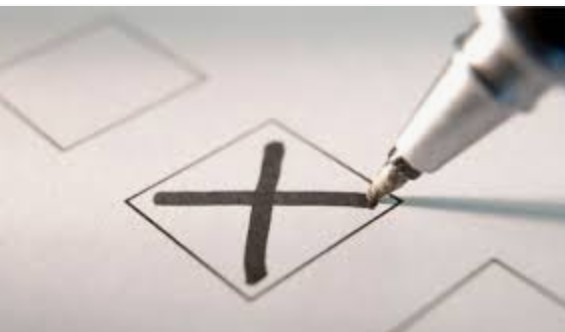 Parliament has the right to cancel Brexit without a referendum. That doesn’t make it wise

As the Brexit debate drags on, so it polarises. There was a time when calling for a second referendum caused some controversy within the Liberal Democrats. Few, if any, considered a No Deal Brexit a viable choice for the United Kingdom.

A mix of prime ministerial escalation, Leaver radicalisation, Remainer entrenchment and parliamentary paralysis — apportion blame as you see fit — has changed everything utterly. The public seem less polarised than the politicians, but many also just want it all over one way or another. So I can see why simply revoking Article 50 and cancelling Brexit, as the Liberal Democrats now promise if they win a majority, is attractive to some.

There is a case for that rooted in representative democracy. Our current stalemate stems from a failure of direct democracy — a blunt mandate with no government behind it and no one obliged to see it through. Most of our representatives backed Remain and are trapped with a mandate they deem a mistake. Parliament cannot agree on any deal. The question on any referendum ballot paper will be fraught. It is far from certain that enough voters would accept losing this time around. Better, the argument goes, for Parliament to face its responsibilities, reverse a decision and be judged by voters.

I still think MPs made a grave mistake in not ratifying the Withdrawal Agreement before it was too late. In my view, we will all pay a heavy political price for that failure. I dislike referendums’ reductiveness and fear their divisiveness. They should be held rarely and with care. The prospect of another referendum campaign evokes something near to dread. And yet, if MPs wish to stop Brexit, the idea of doing so with no direct mandate from the people fills me with more foreboding still.

Referendums give discrete answers to discrete questions. By their nature, a question with only two answers produces a majority outcome. In the UK, we have used them arbitrarily, whether to paper over the cracks within party or to lock in a decision for the future. But so far, we have accepted the results of referendums authorised by Parliament as politically binding, though usually not legally effective on their own.

General elections, meanwhile, raise a slew of questions and produce elected individuals. The question asked of voters has as many answers as there are candidates. Given our voting system it is rare indeed for the government of the day to reflect a majority of the popular vote in any sense; with a more proportional system, any such majority would still result from negotiation and not directly from elections. The Liberal Democrats — the party of fair votes as they (and I) see them — ought to see a problem with cancelling a 52% referendum result on a voteshare somewhere between 35% and 40%.

They, and others tempted by their policy, should also consider the risk of reversal. The idea that referendums solve difficult issues is something of a bad joke in Britain today. It is not obvious, however, why lowering the threshold for such major political change will add any great sense of finality. Quite the opposite: if one government can revoke Article 50 without a referendum, its successor can trigger it too.

Unionists should also steer very clear of that precedent. The Scottish referendum may have poisoned Scottish politics, but there was a time when the SNP argued a majority of Westminster seats would be enough. Some say the same about a majority in Holyrood. To her credit, Nicola Sturgeon has resisted those voices. And of course, it is clear that the end of the Union is not in the Scottish Parliament’s legal gift. Nonetheless, some examples are better not to set. I have no wish to pave a road to Catalonia.

But above all, advocates should consider whether it is democratically tenable to seek to reverse a referendum without a referendum. ‘Undemocratic’ is a very strong term, and not one I will use. But such a course pits parliamentary against direct democracy with a starkness which is unwise. Its democratic legitimacy can reasonably be questioned, far more so than a second referendum mandated (like the 2016 one) by a general election. And it is dangerous in any democracy to get too far out of line with what huge swathes of voters deem legitimate.

It also privileges an overly narrow sense of a representative’s role. Ultimately, direct democracy is a periodic add-on and representative democracy is an essential. Those of us who mainly emphasise the latter often cite Edmund Burke’s famous speech to the electors of Bristol:

Your representative owes you, not his industry only, but his judgment; and he betrays instead of serving you if he sacrifices it to your opinion.

I believe in that maxim. The retort that Burke lost holds little water: it was for him to make his judgment and for the voters to make theirs. But ‘judgment’ and ‘opinion’ are different things, and they only partly overlap. In a modern democracy, MPs’ judgment must balance many factors. Of course personal opinions must be included in that balance. But so must party policy (parliamentary democracy needs parties), what might command a majority in Parliament, constituents’ opinions — and, yes, referendum results.

Representatives are not delegates, but nor are they philosopher kings. They should have played that role better and found a compromise before our politics became this poisoned. But if parties seek to reverse Brexit rather than meet the other half of the country halfway, better by far to recognise the enormity of that shift and at least present it for ratification.

This is a cross-post by Douglas Dowell