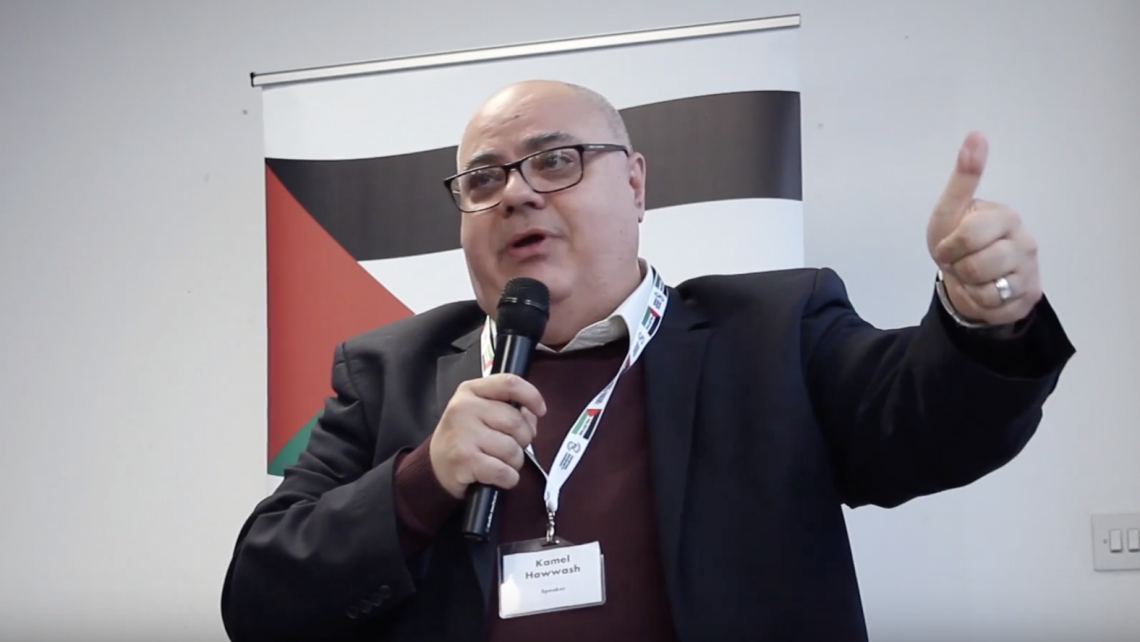 It’s ironic to the point of comedy to see another letter published in The Guardian complaining that the IHRA definition of antisemitism is being used to silence “freedom of expression on Palestine” when five of the 28 people who’ve signed it endorse murder, promote antisemitism, promote Hamas and engage in Holocaust revisionism.

The letter proves the need for the IHRA definition.

The letter was signed by 28 “leading figures” one of them is an outed Hamas operative, another head of the Palestine Solidarity campaign. Let’s have a look at the signatories:

Kamel Hawwash is Chair of the Palestine Solidarity Campaign, at a meeting in the House of Commons he spoke about a terrorist who murdered a Rabbi and off duty soldier called Aharon Benito before wounding Benito’s wife and shooting their two year old daughter saying:

“I call him a martyr because I am speaking from a Palestinian perspective. I don’t care what the Israelis want to call him they want to call him a terrorist that’s up to them and that’s the point of…if you like the difference in attitude, he was killed by an Israeli soldier to us he’s a martyr. He might have committed an act people find unacceptable that is up to them. Actually I consider what he did an act of…an act of revenge for what the Israelis do to the Palestinians, so it’s an act of revenge… If the occupation wasn’t there he wouldn’t be doing what he did.”

Jonathan Rosenhead whose Holocaust revisionist comments were made at a meeting of supporters of Jeremy Corbyn:

So this would be Jonathan Rosenhead of @JVoiceLabour accusing “Zionists” of being responsible for the murder of “hundreds of thousands of Jews” at a meeting entitled Corbyn, Antisemitism and Justice for Palestine @LabourAgainstAS @mishtal @stephenpollard pic.twitter.com/tcayaqzJWQ

Another, Zaher Birawi, was designated as a member of Hamas by Israel’s Justice Ministry.

“Zaher Birawi, was designated as a member of a terrorist organization – Hamas Headquarters in Europe – by Israel’s Justice Ministry in 2013”.

His organization, EuroPal Forum, effectively lobbies for Hamas by holding meetings promoting their views using activists such as Azzam Tamimi.

LIVE: Dr Abdullah: The gap between Fatah and Hamas is a gap created by the methodology of the political parties. One believes in right to resist, the other follows route of negotiations. Both parties not been able to find a formula for common methodology. This presents a block pic.twitter.com/oMPm83z9hi

See below thread for Tamimi.

Amongst all of the outrage over last week’s Panorama, this unbelievable footage of @JeremyCorbyn, appearing alongside Azzam Tamimi who is filmed screaming for “Jihad” and commanding “if they deny you water, if they deny you life, explode in their faces”, seems to have been missed pic.twitter.com/FHxZlDRl4k

Leah Levane is a Labour councillor and co-chair of Jewish Voice for Labour. The Times reported that she has argued Jews are “often agents” of exploitation. More recently the Jewish Chronicle reported that at a talk she gave at Palestine Expo Tony Greenstein stood up and said “the state of Israel today is Hitler’s bastard offspring” incredibly Levane then told members of the audience to ask Greenstein, kicked out of the Labour Party, any questions they had about Zionism saying:

“I’m not an expert. Tony [Greenstein] however is, go see Tony he knows a lot more than I do.”

Nice one Guardian, there’s no way of supporting the IHRA definition of antisemitism like showing who’s against it. 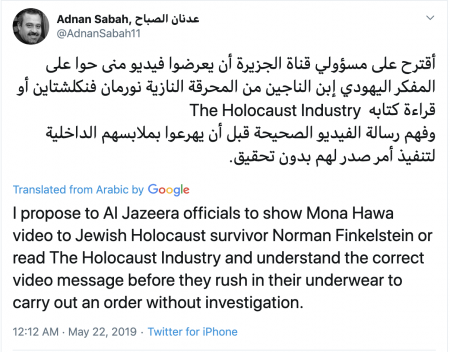 An Adnan Sabah is a solicitor at TKD Solicitors, it’s not a good look for them, if this Sabah is the same one as works for them.