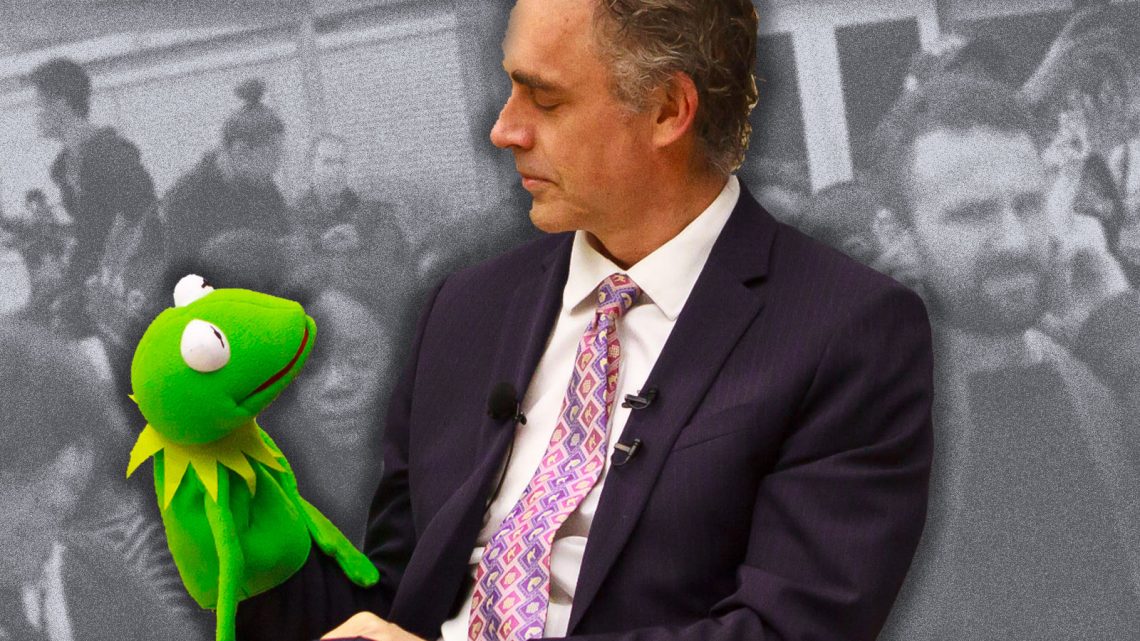 The Woke Left are the new Ayatollahs and Jordan Peterson is their Salman Rushdie. He is a blasphemer. He has refused to mind the growing list of ‘woke’ shibboleths and as a result must be cast out, shunned, banned, marginalised. The only surprise is that some Antifa maniac hasn’t put a bounty on his head – yet.

News reaches us that a leading book store in New Zealand has stopped selling Jordan Peterson’s books. In a statement to customers, retailer Whitcoulis said:

Unfortunately 12 Rules For Life is currently . unavailable, which is a decision that Whitcoulls has made in light of some extremely disturbing material being circulated prior, during and after the Christchurch attacks. As a business which takes our responsibilities to our communities very seriously, we believe it would be wrong to support the author at this time.

HAVE THEY LOST THEIR FUCKING MINDS!?

An Eco-Nazi kills people so they ban a book as innocuous – and as best-selling – as Dale Carnegie’s “How To WIn Friends…” because they author stands against demands by the Woke-Left to:

He also appears to push their buttons because he talks about personal responsibility and about making sure you get your own life in order before embarking on a quest for “social justice” as nebulously framed by the Instagram generation.

The ridiculous thing is that Jordan Peterson has said very little on the subject of Islam. It’s just not one of his big topics.

The pretext for the banning – which actually follows from a score-settling vendetta by the SJW Woke Left against liberals, conservatives, secularists, free-thinkers, and anyone who refuses to follow ‘woke’ prescriptions – is that one of Peterson’s fans was wearing a “I’m A Proud Islamaphobe” (sic) t-shirt and appeared in a photo gallery of people during a meet-and-greet.

As I spoke about in a post a few days ago about the new effort to codify Islamophobia, Islam is a set of beliefs. Those beliefs are put into action. People have a right to oppose those beliefs and, especially, those beliefs in action. Indeed, the working document on Islamophobia itself states that:

Let us be clear, the aim of establishing a working definition of Islamophobia has neither been motivated by, nor is intended to curtail, free speech or criticism of Islam as a religion. Evidence read and heard by the group clearly delineated between the
desirability of criticism, debate and free discussion of Islam as a religion – by Muslims and non-Muslim participants in the inquiry – and the victimisation of Muslims through the targeting of expressions of Muslimness to deny or impair their fundamental freedoms and human rights.

The t-shirt being worn, not by Peterson, but by a random fan, clearly passes this test. The text refers to a litany of things the wearer finds problematic in Islam, including antisemitism, homophobia, misogyny, female genital mutilation, gender segregation, killing of apostates, and justifying terrorism.

Now, this is quite frank, as sloganeering t-shirts usually are, but this text marks this man out as a follower of Richard Dawkins or of Sam Harris rather than an Eco-Nazi. Have we got to the point where strident secularism and opposition to the common practices in almost all Islamic countries is now beyond the pale? Should we ban the National Secular Society? Who next will the Ayatollah’s of Wokeness have in their sights?

There are 50 Muslim-majority countries in the world containing 1.8 billion people. That is almost a quarter of the world’s population. The values, culture – both social and political – and beliefs of the people in these countries differs radically from Western society, but globalisation brings us in to greater and greater contact, and indeed in the more pluralist West, many of our friends and neighbours are Muslim. We’re not going to stop talking about Islam.

And no maniac is going to be dissuaded from planting a bomb or firing a gun because you’ve banned a self-help book by a non-woke author any more than banning the Quran would help defeat ISIS.

The Commandments of Woke are fast becoming the de facto living bible of 21st century street preachers, replete with cries of “(Career) Death to the Blasphemers!”.

And people are listening.

[*] It never ceases to amaze me that the woke left deny that there are innate differences between men and women and insist these are all socially constructed, by then insist that trans-people are innately the gender they were not born as. So which is it? The question is open for debate, but of course the Woke-Left won’t allow it.