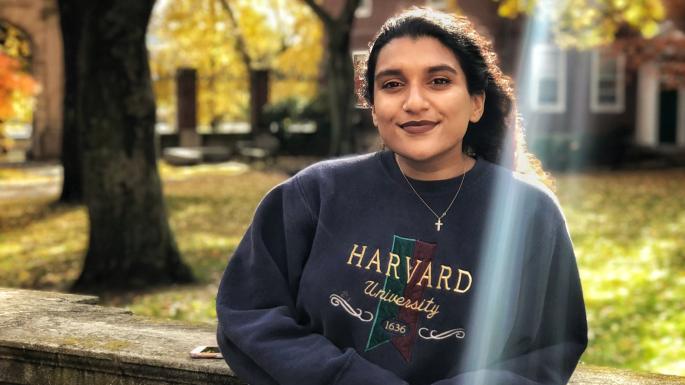 Danukshi Mudannayake is an extremist who rejects the rule of law. This young woman from east London is not as famous as our other extremist export in the news this week, Shamima Begum, but her determination to stand against liberal democracy is just as resolute.

Ms Mudannayake was awarded a prestigious scholarship to study at Harvard University in the united States. How did she reward the country offering her this opportunity? By attacking the very foundation of their liberal democratic justice system. How did she reward the institution offering her a place among its scholarly community? By plunging the university into a disreputable controversy and by attacking one of its leading academics and attempting to have him dismissed based solely on her own flawed and twisted understanding of the justice system in democratic countries and her apparent rejection of a central tenet of human rights.

How else can you characterise the launching of a campaign to have a law professor sacked for agreeing to provide legal advice to the defence team of Harvey Weinstein, the Hollywood director accused of sexual misconduct.

Now, if you have decided based on what you’ve read that Weinstein is certainly guilty is neither here nor there. It is easy for anyone to climb the virtue-signalling grandstand on behalf of someone almost everyone agrees is innocent. It is in recognition of this fact that our robust Western justice system is based, firstly on the presumption of innocence, and secondly that every accused has the right to mount a vigorous defence. And of course the more guilty a defendant appears, the more vital it is that these principles are followed, because without them we have kangaroo courts and lynch mobs.

This principle of justice is so fundamental that in the UK, barristers may not refuse a case because they don’t like the client or because they suspect the client may be guilty. Similarly, in the US “you have the right to an attorney” is so fundamental that it is the first thing you’re told after you’re reminded of your right to remain silent. If you are too poor to afford a lawyer, one is provided for you via the public defenders’ office, which cannot refuse to take your case. The right to defend yourself against allegations and accusations in a court of law, with legal assistance and expertise, is a human right.

Imagine a society where the mob shamed and harassed lawyers who took up unpopular cases for unpopular clients, threatening their livelihoods. Soon all sorts of people would find themselves unable to muster the best defence they might otherwise be able to. It would fundamentally undermine the basis of justice.

But driven by an extremist notion of crusading morally righteousness, Danukshi Mudannayake has led a campaign to have law professor Ronald Sullivan Jr (coincidentally the first black faculty dean in Harvard’s history) removed from his office. She believes his provision of legal advice to Weinstein’s counsel leaves students “unwelcome and unsupported” because the dean has “chosen sides”. It is “not only upsetting, but deeply trauma-inducing,” she insists.

Sullivau, for his part, has taken on many tough cases. “To the degree we deny unpopular defendants basic due process rights, we cease to be the country we imagine ourselves to be,” he states.

Western society is obviously under threat from violent Islamism. While some believe the threat is exaggerated, few dispute that there is a dangerous extremism behind the ideology. Similarly, the rise of the far-right in parts of Europe is something most worry about. But perhaps the biggest existential threat to liberal democracy comes from within. It is the assaults on free speech – from universities deplatforming speakers to the police patrolling Twitter and Facebook. It is the mass-gaslighting of society over the trans issue. It is the growing institutional antisemitsm and conspiratorial thinking. It is the culture war on our values – everything from rantings about ‘cultural appropriation’ to denigrating national heroes from bygone eras. It is hounding people on the basis of whispers even Joe McCarthy wouldn’t have heard. It is identity politics.

And all of this is the work of the intersectional Left.

While Begum is despised by over 80% of the country who recognise her for what she is, Mudannayake will most likely not be viewed as an extremist, and a fair proportion will no doubt argue in her corner. But most will say nothing, and all that’ll be heard is the disconcerting chip-chipping away at another cornerstone of liberal democracy.