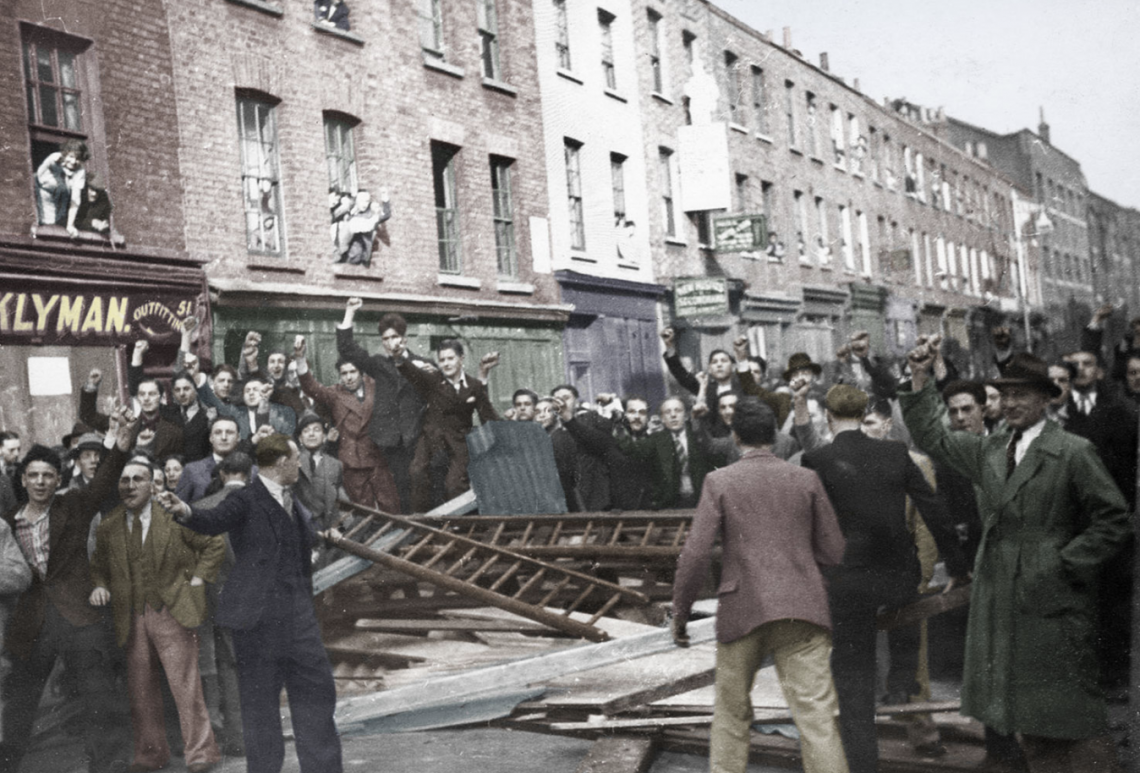 The Jewish politicians could have discreetly left their religion, their politics and their integrity behind in favour of the ‘democratic’ tyranny that Corbyn, Milne and McDonnall’s thugs brought with them into almost power.

These communist tyrants in the making thought that they were on their way into Downing St, they pushed and they pushed and rather than find a community that buckled they have found themselves pushing slap bang into Jewish steel.

These little communists who think that this country is merely a plaything for their schoolboy fantasies of power don’t realise the can of worms they have opened.

Whether they be the old communists of Militant or the young communist pretenders of Momentum they will not succeed in bringing the Jews of Great Britain to their knees or of turning the people of Great Britain against the Jews.

On the contrary they will only succeed in bringing all the people together in opposition to their schemes.

It is at the moment when things seem darkest, when you feel at your weakest that you truly make history, the Jewish people have stood through far worse than and thrived, we will stand through this and put down this little attempt at communism from the petit bourgeois gardener in denial with delusions of grandeur.

From now and forever people will ask where you were when the scourge of antisemitism reared its head once again. You will tell them that you stood tall and faced it down wherever it emerged!