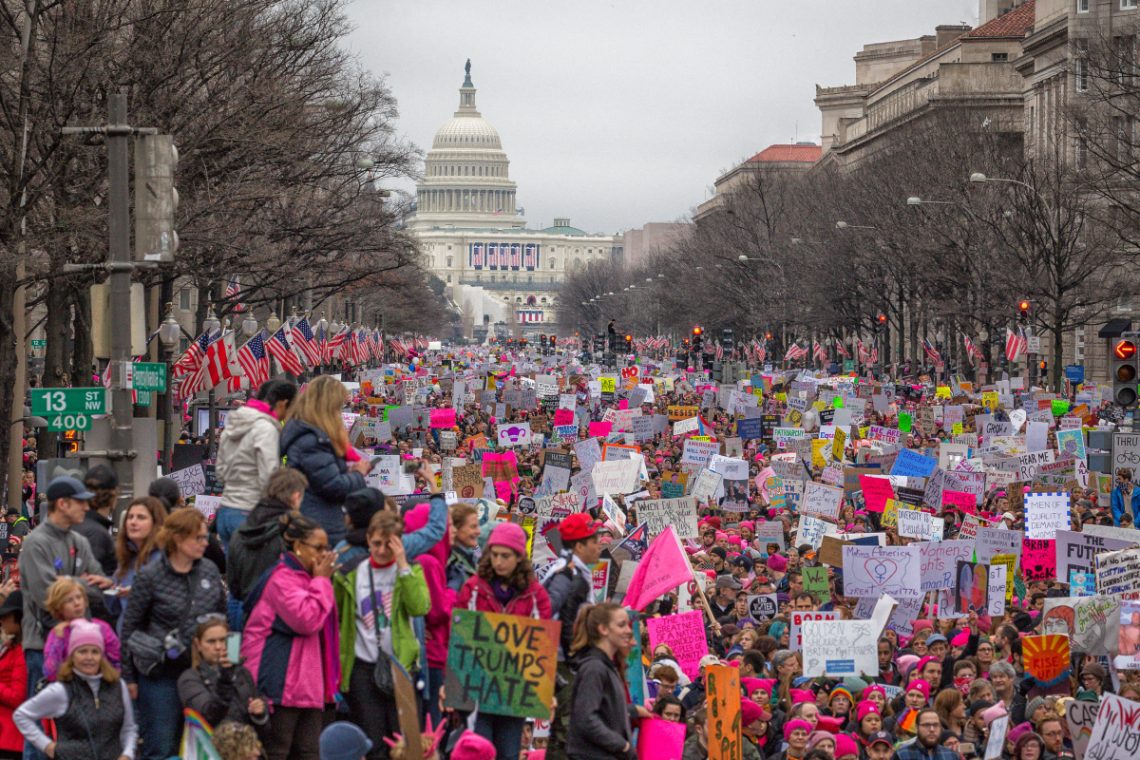 This is a cross-post by MoreMediaNonsense

The continuing story of the disintegration of the Women’s March movement in the US is important in how it demonstrates the intellectual bankruptcy of todays Left.

Take this now infamous statement from Tamika Mallory, one of the original organisers :

“Since that conversation, we’ve all learned a lot about how while white Jews, as white people, uphold white supremacy, ALL Jews are targeted by it,” Ms. Mallory said in a statement to The New York Times.

The meaning of this seems to be that Jews can only be on the progressive side if they don’t have white skin. Now what hue of whiteness for a Jewish person are we talking about exactly that puts you across the border into being acceptable or unacceptable ? Do we need a colour chart to decide a persons level on the chart of right-on ness ? Its like we are going back to Victorian times when class distinctions were so important maps showed the social level of areas by colour.

The idea that anyone could follow or go along with a movement that has such people as leaders is extraordinary.

But unfortunately this is now where much of the Modern Left is. I’m sure there are many who see themselves as progressive who are aware how bizarre this kind of statement is but if you speak out and show up the likes of Mallory for their obvious failures you face possibly being shunned and thrown out of the movement or even worse (for the social shame) being dubbed a racist.

In this vein look how Diane Abbott has recently accused the BBC of “legitimising racism” because Fiona Bruce called her out for her manifest flaws on Question Time last week. I wonder if Fiona Bruce was black what would Abbott have said ? Should we only have minority female presenters on political shows so figures like Abbott feel safe ?

How did we get to this position ? Sadly a succession of post war Left thinkers have cynically (and because the working classes refused to follow them as they should have) exploited group identity politics to get support (after everyone else sussed them out). The leaders of these movements don’t care about the logical absurdity of their positions – for them the potential outcome of their divisive politics (ie the violent overthrow of Western capitalism) is the only important thing and who cares about logical debate. And unfortunately their greatest discovery has been how to sustain support by moral and social shaming (as is often the case with authoritarian idealists).

Along with many others, I really don’t think I can any longer identify of the Left while it goes down the rabbit hole of such absurdities. The whole narrative of identity politics is now based on the overriding importance of the feelings of minority groups who feel threatened by the discourse of partisan obsessives and extremists from opposing groups. This leads to a never ending circus of accusations and finger pointing.

There is also no doubt identity politics has been a major factor in the rise of right wing populism in the West, as whites have jumped on the group politics grievance bandwagon. This has had major repercussions for democracies worldwide and I fear we have not even seen the full results, in fact it may well be we have only seen the start of a long term and uncertain path of events.