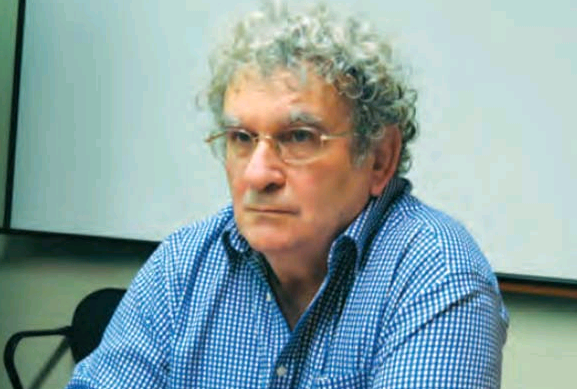 Benny Morris is the Israeli historian whose scholarly work changed the way the Israel Palestine conflict is viewed. He coined the term ‘new historians’ which has come to include Avi Shlaim, Ilan Pappe and Tom Segev. These historians challenged some myths about the creation of the state of Israel.

In more recent years Morris appears to have come to regret some of the assertions he has made, or perhaps more accurately, the way in which his research has been used.

Some extracts from his latest interview in Ha’aretz:

“The first intifada was violent but not lethal. It was a popular revolt. People threw stones and a few people were killed. But all told, about 1,000 Palestinians were killed and Jews were not killed, because the Palestinians barely used firearms. They said they didn’t want to live under a military government and Israeli oppression. I refused to take part in that oppression when my battalion was posted to the casbah in Nablus. I was jailed for a few weeks. That’s a light punishment. In other armies refusing an order can land you in prison for years.”

“In the second intifada I was against refusing an order, because it wasn’t just a rebellion against the Israeli occupation but also an attempt to bring Israel to a state of collapse. Many of the terrorist attacks took place on our side of the border and included mass killings. There was terrorist warfare against Israel. To refuse to serve in that situation is not right. At the same time, I am one of those who don’t want to man checkpoints or burst into homes in the middle of the night and turn the closets inside out in a search for weapons. That is very unpleasant work and morally problematic. But the Arab desire to destroy Israel is also morally problematic.”

“The change I underwent is related to one issue: the Palestinians’ readiness to accept the two-state solution and forgo part of the Land of Israel.”

“Anyone who says that Barak and Bill Clinton made the Palestinians an offer they could not agree to is lying. Dennis Ross, the principal negotiator, has already shown in his book that that claim is bullshit. The lack of territorial continuity would only have been between Gaza and the West Bank. They were offered a contiguous territorial bloc of 95 percent of the West Bank, and they rejected it. But the story here is not one plan or another, but the fact that they want 100 percent of the territory of Mandatory Palestine. They were merely playing a game when they said they were ready for a compromise.

“The Zionist national movement did agree to a compromise – in 1937, in 1947, in 1978, in 2000 and in 2008 – on the basis of two states for two peoples. It’s true that at the moment there is a government in Israel that is not ready for a compromise. Some say that if Rabin had lived we would have already reached an agreement with the Palestinians. That’s nonsense. Rabin, too, would not have been capable of bringing about a change in the basic ethos of the Palestinian national movement: that the whole of Palestine is theirs and that the refugees must return to their homes and their land. And if that happens, it will only be on the basis of Israel’s destruction.”

“I expect that Trump’s downfall and removal, this year or in 2020, will necessarily lead to the weakening, if not the undermining of the United States’ special relationship with Israel, because of Bibi’s total identification with that fool and scoundrel. There’s no need to say that many Jews in America point to a similarity between Trump and Bibi in terms of their attitude toward the law and the gatekeepers. Unintentionally, Netanyahu is working at several levels to bring about the collapse of the ties between Israel and American Jewry and to subvert U.S.-Israeli relations.”