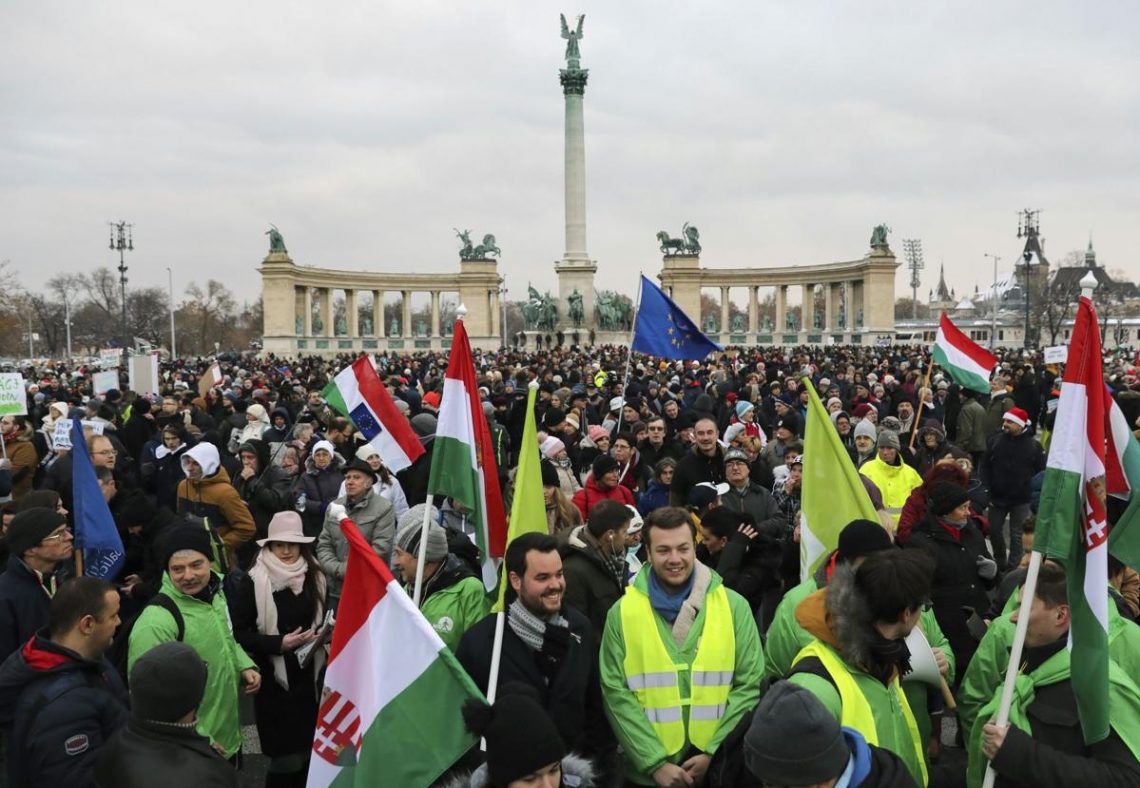 When the leader of a government proudly proclaims an “illiberal state”: when his government passes a law restricting press freedom and undermines independent media; when that government tolerates antisemitism in its own ranks; when it forces the closure of a respected independent university and turns it founder into a figure of demonic omnipotent evil; and when tightens its control of the judiciary; is it any surprise that it also attacks workers’ rights?

Hungary is seeing its largest protests in years, triggered by an employee-hostile law. But for the protesters, it’s about a lot more. Meanwhile, the government, led by strongman PM Viktor Orban, smells a conspiracy.

For days, thousands of Hungarians have been protesting against the Orban government’s social policies and against the anti-democratic restructuring of their country. It’s a wave of protests the likes of which Hungary hasn’t experienced in a long time.

In some cases, police have been using violence and teargas against protesters in the last few days, even though before that there had merely been some scuffles with the officers. Dozens of people, some of them not even part of the protests, were arrested, and many were only released after 12 hours or more.
…..
The wave of protests was triggered by an amendment to Hungarian labor law, now known to the public as the “slave law,” which was passed in parliament last week. The law increases the possible number of overtime hours per year per employee from 250 to 400. At the same time, employers can now take three years instead of one year to pay overtime.
…..

It is unclear how long the current protests will last. Opposition parties have called for protest rallies in the coming days as well. The Orban government responded in its own way: It claimed the protests were initiated by US billionaire George Soros and the forces behind him, as well as by people who want to flood Hungary with migrants. In addition, the government says, provocateurs and foreign criminals take part in the protests, with the goal of degrading Hungary abroad.

Soros? Foreign criminals? Of course! How could Hungarian workers possibly find anything objectionable about this law?