Although free speech is clearly a vitally important issue, yesterday’s speech by Jo Johnson at Limmud didn’t acknowledge the full complexities of the university context.  For a start, many of the decisions which have caused controversy (barriers put in the way of external speakers such as Peter Tatchell and Germaine Greer for example) were made by student unions, not universities themselves. It’s also worth noting that Germaine Greer did in fact speak at Cardiff University, protests notwithstanding.

It could also be argued that the Government has sent out contradictory signals on this issue. Whatever one thinks of Prevent, or the ways it is implemented, it seems reasonable to consider whether speaker guidelines and other constraints may be inhibiting the free exchange of ideas.  That may not be the intention, but it seems quite possible that students and staff may, at the very least, be put off arranging certain events by the paperwork.

The Israel/Palestine conflict offers a useful touchstone for the free speech dilemmas posed to universities.  Earlier this year Jo Johnson wrote to universities urging them to do more to counter antisemitism and crack down, in particular, on Israel Apartheid Week. Although it is sometimes difficult to pin down the precise reasons for an event’s cancellation, there have since been several claims that events critical of Israel have been prevented from taking place.  Is there now a danger that universities, in policing such events over zealously in response to Johnson’s earlier directive, will fall foul of the new Office for Students? 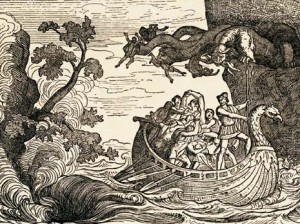 There is no place in our society – including within higher education – for hatred or any form of discrimination or racism such as anti-Semitism.

A racist and anti-semitic environment is by definition an illiberal one that is totally antithetical to the idea of a university in a free society.

How exactly should these words be interpreted? Invitations to Charles Murray have caused outrage in the States – would he be classed as a racist, for whom there is no place, or as an uncomfortable dissident voice to whom we need to listen? Jo Johnson picked out Rosalind Franklin for praise in his speech. But should her colleague James Watson be barred because of his views on race? Some people think Zionism is racist – others think anti-zionists are antisemitic. How are universities supposed to arbitrate between such competing opinions?

It would have helped if Jo Johnson had given some meaningful examples of borderline cases – cases a bit more challenging than Greer or Tatchell. Islamists would be the obvious example, the far right another.  Although superficially Johnson’s words seemed clear and direct, much that he said was ambiguous and open to interpretation. I’m sure different people would go away from that speech with quite different views on who should be encouraged to speak at universities and who debarred.

Here’s an example of Johnson’s slipperiness. He first uses the term ‘liberal’ in the broadest sense, even draws attention to this point, and then (motte and bailey style) narrows it down to fit his own political agenda.

A university is the quintessential liberal institution. Not liberal in a narrow party political sense, but in the true liberal of free and rigorous inquiry, of liberty and of tolerance.

The liberal tradition is a noble and important one; but today it finds itself under threat. Liberal politics are under threat from national and populist parties around the world. Economic liberalism is under threat from those who turn to protectionism for quick-fix solutions to complex problems.

Overall I find myself drawn to agree with Amatey Doku from the NUS who sees the whole speech as something of a distraction from the pressing problems facing universities in the wake of Brexit and uncertainties over fees and funding.  One case Johnson cited (if cited is the right word when he offered no precise detail) seemed pure Daily Mail clickbait.

And speaking on BBC Radio 4’s Today programme, Johnson said students at one university had created an extensive list of ‘trigger words’ and demanded any books containing them be removed from the library.

If the books really had been removed – that would be something to worry about. But I assume we would have been told if that had happened.

Off hand I can think of just two examples of book choices being limited to students.  One was a real storm in a teacup – an academic said she might not be inclined to teach Fanny Hill in the present climate. Here’s the Daily Mail’s over-egged report.  (I find it equally easy to imagine the DM yelping with horror if students were required to study that novel.)

The other case which occurs to me is rather more complex. This was a campaign to get the books of David Irving removed from open display in the University of Manchester library. Here Keith Kahn-Harris reflects thoughtfully on the dilemmas facing us once we begin to go down this route:

There are all kinds of other works whose scholarship is as flawed as Irving’s, and whose ability to mislead students and scholars is just as profound. Should libraries restrict access to contemporary books denying anthropogenic climate change or advocating “intelligent design”? What about older volumes advocating eugenics and displaying casual racism? And what about political tracts whose message is vile, but study of which is essential to understand important historical episodes? It would be ironic if the University of Manchester library removed Hitler’s War from open access shelves while leaving Mein Kampf alone.

I’d have more time for Jo Johnson if he had acknowledged – and preferably demonstrated through example – just what a minefield this issue is.

His closing remark was an annoying variation on a debating point I associate with those others might call ‘snowflakes’ – the argument that ‘hate speech’ (how defined?) is not ‘free speech’.

Universities cannot afford to be complacent about complying either with their duties to protect freedom of speech, or anything less than vigilant against hate speech (or other unlawful activity) masquerading as the exercise of the right to freedom of speech.

Finally, here’s an article from a conservative perspective which draws attention to some of the same problems and ambiguities I’ve indicated here.