On February 20, 1939, more than 20,000 people gathered at Madison Square Garden in New York for a rally sponsored by the pro-Nazi German-American Bund.

Watch this remarkable footage from the rally:

At that time Hitler had been in power for more than six years and Kristallnacht— the opening salvo in the Holocaust– had happened the previous November.

The ostensible reason for the rally was to mark George Washington’s birthday. Note the disturbing blend of Nazi ideas and symbols with those of American patriotism.

A New York Times report the day after the rally provides some context for the video. 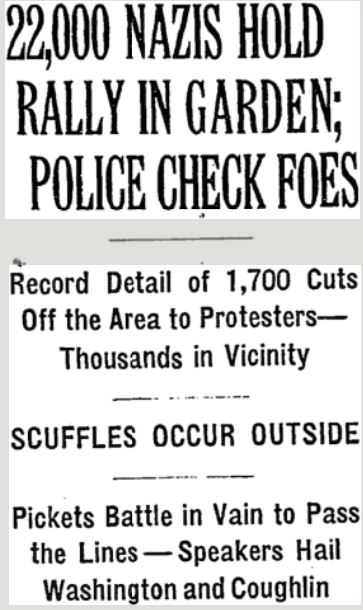 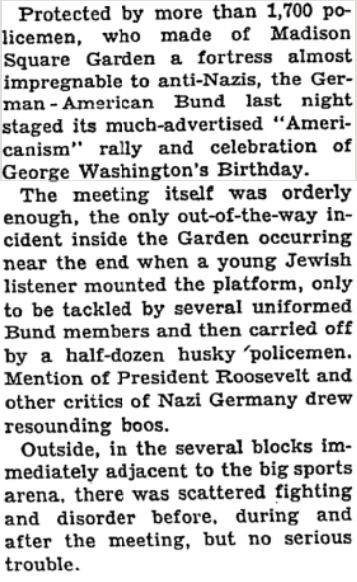 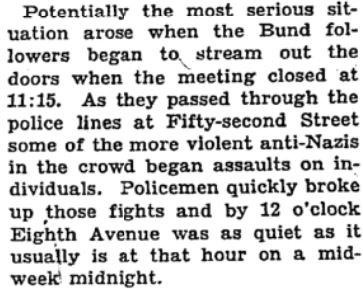 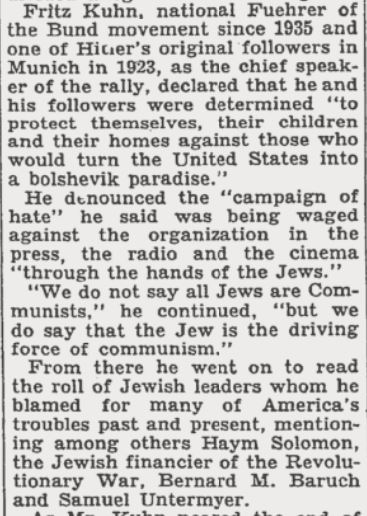 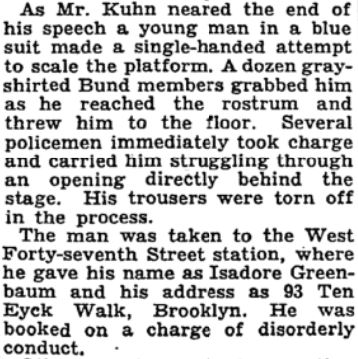