This is a guest post by a former Muslim prison chaplain 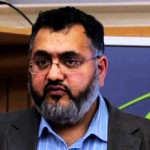 On 29th November 2015, we published an article about the NOMS Muslim Advisor Ahtsham Ali and highlighted concerns about his background, including: his links to Islamist extremist groups, the fact that he continues to speak on Islamist platforms and his preference for recruiting Imams who followed Deobandism – a hardline Islamic sect which spawned the Taliban.  Today the Sunday Times has published the following article which states that about 70% of prison Imams Ali has recruited are indeed from the hardline Deobandi sect which promotes gender segregation and espouses anti-western values:

ABOUT 70% of Muslim prison chaplains espouse a hardline interpretation of Islam that runs contrary to British values and human rights, an independent review has discovered.

The study by Ian Acheson, a former Home Office official, which is expected to be published next month, found about 140 of the 200 Muslim chaplains working in the country’s prisons were imams who had studied Deobandi Islam, which developed in India in the 19th century as a reaction against British colonialism, forbids music and promotes gender segregation.

A senior Whitehall official said: “It is of great concern that the majority of Muslim chaplains in prisons propagate a fundamentalist interpretation of Islamic scripture which is contrary to British values and human rights. Such imams are unlikely to aid the deradicalisation of Islamists in prisons and could potentially even make them more firm in their beliefs.”

Ahtsham Ali, the Muslim adviser to the National Offender Management Service, an executive agency of the Ministry of Justice, has been questioned as part of the Acheson study, which was commissioned by Michael Gove, the justice secretary, last year.

Ali, who has been responsible for selecting many of the imams in the prison service, last week confirmed that he had been questioned as part of the review but said he was unable to comment further.

However, a friend denied that Ali held any hardline views or beliefs. “Ahtsham doesn’t particularly follow any denomination; he studied Islam at length but he doesn’t follow any particular viewpoint or denominational background,” he said.

According to the Ministry of Justice, there were 12,622 Muslim inmates in September last year, representing 10.8% of the prison population.

Last year, Nick Hardwick, then chief inspector of prisons, warned about the threat of extremism in jails. “There are undoubtedly a small number of very dangerous men motivated by a religion or ideology who are trying to recruit other people so they will go on to commit offences linked to that ideology or religion,” he said.

Usama Hasan, an imam who has worked on deradicalising Muslim inmates, said: “The Deobandi movement is generally anti-western and anti-integration in its spirit . . . Imams in the prison system have to be more progressive and open-minded in terms of being supportive of modern, multicultural and cosmopolitan Britain.”

The Ministry of Justice said: “The secretary of state has asked the department to review its approach to dealing with Islamist extremism in prisons and probation.”

The article claims a ‘friend’ of Ali (which is most likely Ali himself) stated that he doesn’t follow any particular Islamic denomination or viewpoint.  This is clearly not true, as we’ve shown before, Ali has a history of involvement with Islamist extremist groups and continues to speak on their platforms to this day.  This perhaps also explains why the vast majority of prison Imams he has recruited are from the hardline Deobandi sect. Two of the Muslim chaplains he has recruited: Shaykh Muhammad Shafi Chowdhury and Shaykh Muhammed Yusuf Ahmed Az Zahaby are part of an organisation that promotes extremist speakers such as the homophobic Shaykh Suleman Ghani and Uthman Lateef.  Ali has clearly failed in his duty to recruit suitable prison Imams to guide vulnerable prisoners and is directly responsible for the spread of Islamist extremism in prisons.

Moreover, Ali’s teacher of the past 18 years Sheikh Abdullah Al Judai is considered to be a Muslim Brotherhood scholar (or closely associated with them); he is also a founding member of the European Council for Fatawa and Research (ECFR), a group set up by members of the Muslim Brotherhood (an Islamist extremist group).  ECFR is presided over by the suicide bombing supporter and anti-Semite Yusuf Al Qardawi.

Now that the root cause of Islamist extremism in prisons has finally been exposed, NOMS and MOJ must take robust action against Ahtsham Ali who is clearly responsible for nurturing and creating the conditions for extremism to flourish in prisons.  They should also take action against his supporters inside NOMS who have allowed him to pursue his Islamist activities.  We will continue escalating our concerns and following events closely, watch this space!