I do like it when Islamists show off their exceptional talents for comedy. This is from a report today in The Guardian:

The Muslim Association of Britain (MAB), which helped the Finsbury Park mosque emerge from the shadow of militant preacher Abu Hamza, and the Cordoba Foundation, a Middle Eastern thinktank which has negotiated the freedom of 19 hostages in Iraq – sometimes at the request of the government – denied having “any links to the Muslim Brotherhood”.
…
However in a press conference held at Finsbury Park mosque, Anas Altikriti, the founder of the Cordoba Foundation, said he had “absolutely no links to the Muslim Brotherhood”.
…
The report accuses the MAB of being “dominated by the Muslim Brotherhood”. However Omer El-Hamdoon, the president of the association, said it had no links with the organisation.

Oh dear. From the Brothers’ favourite copper for many years, Mr Lambert, writing in 2011:

In my book, Countering al-Qaeda in London, I document the bravery and success of Muslim Brotherhood activists in tackling al-Qaeda influence in Britain. This previously unheralded success is well illustrated by the removal of al-Qaeda influence from the Finsbury Park Mosque in north London, a partnership project in which the local Labour MP, Jeremy Corbyn, played a leading role. Interestingly, my own role in that story, as head of the Met’s Muslim Contact Unit, has been criticised by Policy Exchange and other neoconservative think tanks as giving legitimacy and kudos to the Muslim Brotherhood, which they claim is “fascist”.

Or what about this interview question?

What are the most important Muslim Brotherhood institutions that had an influence on the Muslim community in Britain?

The answers included this:

The Muslim Association of Britain (MAB) was announced in 1997 a few months after the establishment of the Muslim Council of Britain (MCB).

Who said that? A dastardly ZioCon provocateur? A dutiful Whitehall slave of the United Arab Emirates?

You can read more about the lovely Finsbury Park Mosque and its dear, dear friend Mr Corbyn here. 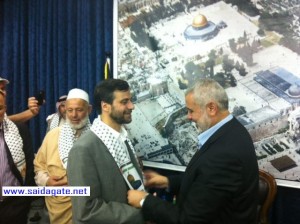 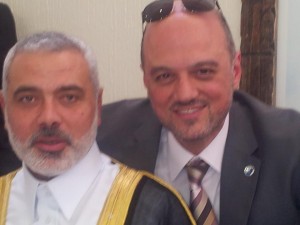