Like many others on the Left, Dave Dudley enthusiastically backs Jeremy Corbyn as Labour Leader. But revolutionary socialists should not allow Corbyn-mania to blind them to the defects of a parliamentary road to socialism.
By Dave Dudley, Leninist Vanguard (personal capacity) 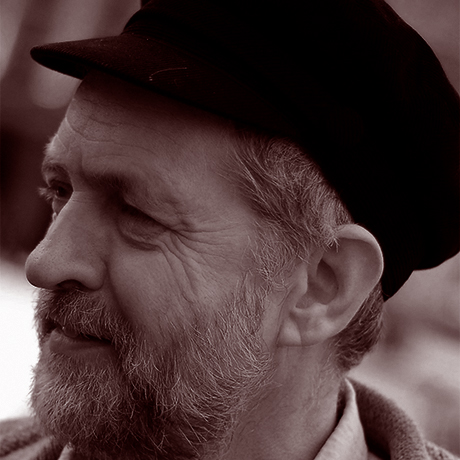 I had no sooner put the finishing touches to my latest editorial denouncing the latent Zionist tendencies of the Socialist Workers’ Party, when the doorbell rang. Wearily, I traipsed down from the office on the third floor of my house and opened the door to find an eager 20-something waiting with wide-eyed enthusiasm at the doorstep.

In my not inconsiderable time on the left, I joined the Socialist Labour Party (are they still around?), the Socialist Alliance, Respect, the Trade Union and Socialist Coalition, No2EU and, more recently, Left Unity, but only ever in the hope of advancing the aims and programme of Leninist Vanguard from within. In short, I’ve witnessed more false dawns than the SWP has had internal hearings. What then is so different on this occasion? Why would I choose to align myself and my revolutionary instincts and duty to the ideological heirs or otherwise of New Labour?

I have long admired Jeremy Corbyn, from Haringey Planning Committee to Hamas, from Green Lanes to the green benches of Westminster where he, albeit constrained by the reformist limitations of the Parliamentary Labour Party and its amassed ranks of overgrown student hacks turned bag-carriers, many of whom I had encountered while at Oxford.

In particular I was impressed at that time by his pioneering efforts to ensure the political sensitivities of Irish republicanism were taken into account by the council when observing government Building Regulations (“Printed by Her Majesty’s Stationery Office” indeed!). His 1983 pamphlet on promoting equality in loft conversions remains a seminal work, particularly for those of us with inherited homes in North London looking to leverage our assets in order to maintain an income and standard of living suitable for regular commitment to a revolutionary cause.

I had also personally witnessed his efforts to bring peace to the Middle East on a UK-Ireland trip to Palestine, when he clarified a comment by a Sinn Fein member about ‘Gaelic culture’ to some concerned trade unionists from Nablus. “It’s not that kind of ‘gay lick!’” he said to reassured laughter, as we tucked into some qidra before discussing Israeli settlement.

On this occasion, the unfortunate but necessary adventurist-electoralist contest does have the additional bonus of being able to vote for Diane Abbott as London mayoral candidate, a woman whose socialist fervour and name recognition is matched only by the unstinting humility and people skills she brings to any office she is entrusted with.

Matt continued as I stood holding my morning croissant in amazement at his shameless and brazen careerist zeal, no doubt predicated on an obvious desire to obtain for himself a safe Labour seat somewhere up the M1 from which to advance his diluted brand of reformist accommodation with Zionist imperialism.

“This sudden surge in members is great! The local party was a bit demotivated after the bad general election result, but I think this could energise us again. Do you mind if I tell you a bit about what we plan to do in the coming months, once the dust has settled on the contest?”

I shook my head and listened as he reeled off mindless platitude after mindless platitude. Ed Miliband’s sadly misunderstood drive to take on the predatory capitalism of the big six energy companies was just the start, he said. The local party would hold a street stall at King’s Cross station, to inform commuters of Labour’s policy on stronger corporate governance among train operating companies, with Andrew Adonis agreeing to attend to discuss his plans for a passenger’s charter with teeth.

He spoke with the neophyte zeal of a freshers’ week convert to Marxism when he said the sudden increase in new members meant the local party could “go beyond just holding meetings and instead do real social action on the ground in the communities to win voters back”. Party members could impress upon Islington Council’s leadership the need to have funding for skills and training devolved, he said.

The crop of new members could run and staff things like job clubs and food banks in Canonbury under this, adding that it would be “contingent on fundraising and a strong business case”. I could visualise this ‘food bank’ now – rows and rows of Israeli produce, no doubt imported with a nod and wink by the Zionist SWP. Even the name of it smacked of an accommodation with the demands and contradictions of global capitalism, food bank.

No doubt every claimant through the doors of Matt’s seedy reformist ‘job club’ would represent another mile up the M1 to his safe Labour seat in Parliament, where he would doubtless vote down every single constructive proposal of the Corbyn leadership with every strained sinew in his imperialist body.

As I listened, gazing into his brown satchel overflowing with Labour leaflets, Matt warmed to me as I pondered what else he had in his little bag of reformist compromise and inevitable careerism, of the kind that can only ever end with lying about votes on military action or a sexual scandal in the tabloids.

And where was Hamas solidarity in all of this? This wasn’t what I had signed up for at all, as mindful as I was of the obvious limitations of Labour’s inherent gradualism I have spent my life on the left fighting with paper sales and other such revolutionary activity.

Sickened, I remained speechless as he went on, but Matt merely misinterpreted my silence as approval as he leant in and intoned, “If you’re interested, there’s a phone canvassing session for Tessa Jowell tonight. She may even attend herself!”

“Piss off! I only joined to vote for Jeremy!”

I suppose as a Labour activist he’s used to having doors slammed in his face on this street, given the way most people around here vote. Proof, were it needed, of the charade that is liberal democracy.