There is much uncertainty about the precise circumstances surrounding the arrest and subsequent death of Sandra Bland in Texas.  Bland, an activist against police brutality, was pulled up for a minor traffic offence and arrested after the situation escalated.  There is some ambiguity about exactly what took place between Bland and the arresting officer, Brian Encinia, but footage of their altercation can be viewed here. Encinia has now been “placed on administrative duties for failing to follow proper traffic stop procedures”.

The arrest took place on 10 July – on 13 July Bland allegedly hanged herself.  Leaving aside whether a minor driving offence should have been allowed to escalate in this way, her death raises several questions about how her case was handled.  There are unexplained discrepancies in the police paperwork relating to Bland’s mental health. Why were different answers recorded to several questions about her medical history? And, if her answers indicated a history of depression and attempted suicide, why was she left unattended for so long, and why weren’t all potentially harmful objects removed from her cell?

The questions raised by the uncontested facts of the case are serious enough, but some have speculated that Bland’s death was not a suicide.  Her family has insisted that her mood was positive and that she had no reason to take her life.  Some have alleged that the mugshot photo of Bland was in fact taken after her death (although an image purporting to be the ‘original’ of the official picture, in which her eyes are rolled back into her head, is a photoshopped fake) and that police brutality is being covered up. 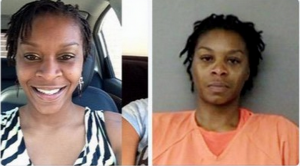 However the autopsy report concluded that suicide was the likely cause of death.