Theodore Bikel, who died Tuesday at the age of 91 after a very full (and politically active) life, was known for many things, especially his numerous portrayals of Tevye in productions of “Fiddler on the Roof.”

But I will always remember him as a continuously-heard voice from my childhood; the wonderful album of worldwide folk songs (several from Israel) he recorded with the Israeli singer Geula Gill was in constant rotation in my household for years. 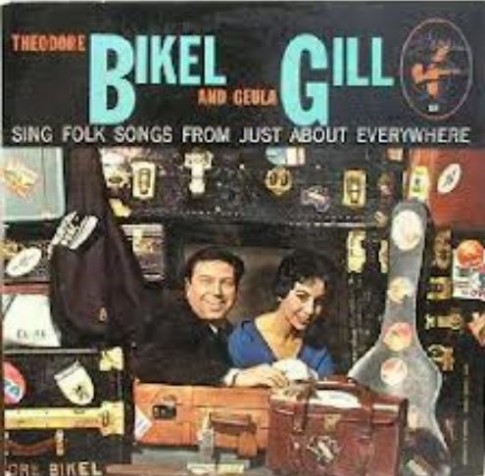 Even though only one of the songs was in English (“Oleana“), I also loved the songs I couldn’t make heads or tails of.

(Mary Hopkin borrowed one of the melodies for her hit song “Those Were the Days.”)

I’ve been listening to some of the songs from that album (happily they were uploaded to YouTube recently) and guess what? After all these decades, I still love them.