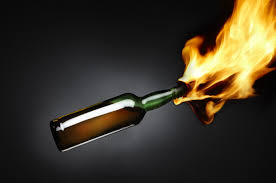 Let’s make this clear: terrorism will always exist, no matter what inhibitors are put in place. Terrorism is an extreme form of uprising with political and social intentions. The question, therefore, should be how do we reduce the risk of terrorism? Not, how do we stop terrorism?

Theresa May’s (Home Secretary) proposed plans for a new counter-extremism strategy seek to take action against extremists who preach hate and undermine British values but are not in breach of current democratic laws. This strategy, according to May, is designed to combat groups or individuals who are seeking to divide this one nation into “us and them”. May argues that the set measures are part of a bigger picture, to promote British values: “democracy, the rule of law, individual liberty and mutual respect and tolerance of those with different faiths and beliefs”.

This approach in reminding the British citizens what liberalism is about, is somewhat contradictory. Liberalism, by nature, restricts certain freedoms. These limitations are put in place by the state so that the liberty of the society as whole is maximised and guaranteed. So what the current government is doing is securing liberalism; right? Wrong! There are several issues with this approach and it will only fail in stopping extremism.

The initial problem is how extremism is defined in this context. The Prevent Strategy (UK’s Counter-Terrorism programme) defines extremism as “vocal or active opposition to fundamental British values, including democracy, the rule of law, individual liberty and mutual respect and tolerance of different faiths and beliefs. This also includes calls for the death of members of our armed forces, whether in this country or overseas”.

As evident, extremism is defined very vaguely and there is no clear distinction between extreme opinion (tolerated by liberal society) and extreme violent actions (not tolerated by the liberal society). How can one distinguish between British National Party and an Islamic extremist preacher? After all, they are both in breach of British Values (i.e. participation in vocal and active opposition to mutual respect and tolerance of different faiths and beliefs as well as the rule of law). How can one group be tolerated and the other cannot? If 9/11 never occurred, would our perception of extremism differ? It is evident that the so called war on terror has influenced our concept of extremism. As soon as the word extremist or terrorist is used, one automatically associates this with Muslims or Islam.

This leads to the second issue that this strategy faces: creating suspect communities. As highlighted earlier, the current climate is hot on Islamist inspired terrorism and extremism. Therefore, it is vital that public debate on such issues becomes more nuanced – distinguishing between Islam (the faith) and Islamism (the belief of Islam as a political ideology). Doing so will help challenge prejudice and anti-Muslim views; whilst maintaining the ability to address views forwarded by the minority of Muslims within Britain who seek to impose an Islamist political system.

This proposed plan seeks to criminalise opinions that are deemed “extreme”. This strategy runs contrary to the liberal values we seek to uphold in a liberal democracy. Thus, instead we should encourage such opinions to be challenged through various safe avenues such as debates, education and integration. For example, political views on issues such as foreign policy held by individuals, despite how much we may disagree with them, should not be criminalised (with the exception of views that promote hate or incite violence towards others). Failing to challenge such opinions rationally, and instead targeting them negatively, may lead to members of the suspect communities (in this case Muslims) to believe they are being victimised.

This is supported in an interview with Robert Lambert, who worked in the police service in London from 1977 to 2007, and from 1980 continuously in the area of counter-terrorism:

“In the 1980s, some police raids on London Irish families began to cause alienation from the police because they gave the impression that the police regarded Irish Catholic communities in London with suspicion. This was often caused by operational counter-terrorism activity that was insufficiently focused on terrorist targets… Also, bear in mind how much confidence in police was damaged as a result of the miscarriages of justice cases involving the Guildford Four and Birmingham Six. This was similar to the problem Lord Scarman identified after the Brixton riots in 1981, when London’s black community felt unfairly targeted by police, felt under collective suspicion.”

As evident such feelings of prejudice can only increase the risk of extremism and terrorism instead of reducing it. It can lead to more home grown “lone wolves” and physical terrorism within UK.

Another issue is policing of opinion or thought. This is impossible on both a theoretical and practical level. In order for a thought process to stop, one needs to control and direct other peoples’ way of thinking. This automatically is in breach of our British values: individual liberty. For the sake of argument let’s say that it was possible and the nation was not deemed under dictatorship; how can one police opinions? In the current age opinions are shared in various ways and the internet is the main culprit. If the policing of the internet was possible then the cyber radicalisation could have been prevented by now. Furthermore, the policing of opinion as mentioned before can only lead to suspect community and elevated extremism.

To conclude, aspects of this well-intentioned strategy reflect an illiberal cocktail that can backfire and be more problematic. We have hate speech legislation and incitement religious extremism legislation to help with counter-extremism. The way the politicians have approached this, portrays ignorance about the dynamics of extremism and what leads to extremism. This strategy is in fact in breach of British values. If we go forward with this where do we draw the line?