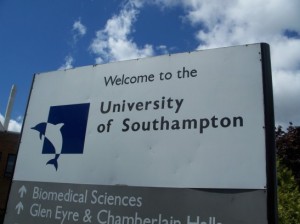 Oren Ben-Dor is a Professor in the University of Southampton’s Law School, and co-organiser of a controversial conference on International Law and the State of Israel. The recent cancellation of the conference – following the University’s withdrawal of permission for it to be held – proved equally controversial. Whether or not one thinks the event should have gone ahead, the views of those associated with it certainly bear scrutiny. The conference’s defenders have argued that universities should be places where even the most challenging ideas can be aired freely. Some of Ben-Dor’s views certainly fit into the ‘challenging’ category. They are critically appraised in Fathom by Harry’s Place regular Professor Sarah Brown.

An article Oren Ben-Dor published in 2012 in the Edinburgh University Press journal Holy Land Studies provides some useful insights into his views. Although it appeared in a scholarly journal and, at least superficially, follows the conventions of academic writing, ‘Occupied Minds: Philosophical Reflections on Zionism, Anti-Zionism and the Jewish Prison’ is heavily dependent on a kind of rhetorical phantasm, built up through a series of mysterious, veiled suggestions. In the abstract Ben-Dor refers to ‘pathologies pertaining to Jewish being and thinking.’ This essentialising formula in itself is problematic, but Ben-Dor transmutes it into something far more sinister over the course of the article: a nameless, shapeless, lurking horror.

The essay begins with a comparatively objective discussion of terminology, but then takes an odd turn: ‘Justice can be broadly understood as being about giving back what is due. My concern is with what is the primordial due to be given back in Palestine? Can legal, constitutional, even moral, talk respond to the primordial due that calls for the thinking of Palestine?’ (34).

The sentences don’t seem to parse easily. But the repeated use of the word primordial – ‘ancient’, ‘primeval’– already suggests that more than the events of 1948 are at stake here. He goes on to say that in order to work out what is really due to Palestine we need to think about it in a way which is ‘still being policed out from thought’ (35). He repeatedly warns that ‘political correctness’ is inhibiting an honest discussion of the issues. However, harsh criticisms of Israel and Zionism are commonplace – so what exactly is he claiming to be unthinkable here?

Gradually, over the course of the article, the author’s real views emerge with startling clarity. READ MORE.