This is a cross post by Jonathan Russell at Quilliam 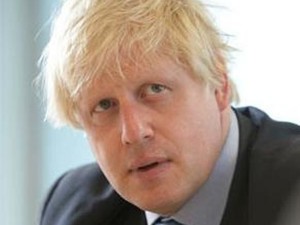 Boris Johnson, correct to be concerned about the rise of anti-Muslim hatred, was incorrect this weekend when he suggested that using words like ‘criminals’ or ‘bandits’ would be more appropriate to describe what I would term Islamist extremists or Jihadists.

The justification for this dumbing down of our language is that some of those who target Muslims with hatred cannot distinguish between Islam and Islamism, or blame all Muslims for the views or actions of an illiberal minority.

But Boris is wrong; we must educate our way out of this mess, not hide behind linguistic obfuscation – I’d even suggest that the first word of the Qur’an, “Iqra” (read!), makes this suggestion an Islamic one as well as a liberal and democratic one.

I can see why some Muslims might baulk at the notion of linguistically coupling the religion of Islam with the political ideology of Islamism because the two words share the first five letters. But our choice of language doesn’t pose an existential threat to the faith, the ideology does. We should work to first principles to see whether it is appropriate.

I sense you’re with me so far – and so we should be able to make the logical next step to call this particular ideology Islamism.

So what do we mean by Islamism as a political ideology?

Well, in the broadest sense it is the desire to impose any one version of Islam over another individual or over society, therefore contravening human rights norms such as freedom of the individual or freedom of religion.

It is an umbrella term which catches other narrower political ideologies, which might seem preferable through their narrowness but in fact end up disabling us linguistically. These include Wahabism, whose adherents follow the teachings of the 18th century ideologue Mohammed Abdul Wahab; Salafism, based on the practices of the first two generations of Islam and itself an umbrella for quietist, political and jihadi Salafists; Khomeinists, who promote Ayatollah Khomeini’s views of Vilayat-e fiqh as an Islamist governance model; and Jihadism, whose adherents use violence to promote Islamism.

It might be tempting also to simply call people terrorists, but that makes an assessment of their strategy and actions not their motivating ideology; to call them Kharajites follows Quranic terminology and is a term that explains their distance relative to moderation, but risks saying “there is one true form of Islam we should impose over society, but it’s not yours”, and I think we should refute that notion itself.

What if we just talk about ‘an ideology’, as Barack Obama does?

Failure to call a spade a spade is potentially detrimental to community cohesion and the safety of Muslims in Britain. If you don’t call out Islamism and therefore make efforts to distinguish between Islam and Islamism, the archetypal uninformed Briton will assume the ideology you mean is Islam and will therefore blame the religion and its adherents for the actions of the extremists among them. The violent few among the uninformed might then attack those who they can identify as Muslim, hence the prevalence of anti-Muslim attacks against hijab-wearing women, bearded men (and on occasion, Sikhs), and mosques with minarets.

The other by-product of this obfuscation is what Maajid Nawaz has called the Voldemort effect. If Islamism is ‘that-which-must-not-be-named’ or ‘you-know-what’ or ‘the ideology’, then we heighten its mystique and strengthen the hand of the totalitarian terrorists in this asymmetric struggle. Demystification of the Islamist ideology will aid the rehumanisation of Muslims and Islam. We must name it, shame it and disavow it.

Understanding Islamism helps put much needed space between Muslims and terrorists, but it will also help us to see that not all Islamists are terrorists. It will help us to see that we must react to different kinds of Islamist proportionately, as while a military and legislative strategy might be appropriate for containing ISIL, a civil society approach is better for engaging with political Salafists like the Al-Noor party in Egypt, whose aim is to use the democratic process to get into government so they can change the law to include hudud punishments such as the chopping off of thieves’ hands.

So too in the UK where we must not push for the banning of Hizb ut-Tahrir, nor change the law to facilitate this, but instead build resilience within our institutions to prevent their Islamist entryist strategies of, as an example, taking over university Islamic Societies.

The problem identified by some British Muslims is that calling this extremist ideology ‘Islamism’ reinforces the Islamist argument that their ideology is in fact normative Islam. I am sympathetic to this, but feel that this problem is not a linguistic one, but rather an issue of the values and identity crises beneath it.

I ask all Muslims not to allow Islamists to manipulate your faith by painting their politics as normative religion. While I don’t feel that Muslims should be made to apologise for the actions of terrorists, and I don’t think we can or should force them to work with the rest of society to reassert their difference from the political movement that is building an unwelcome momentum, they are a key part of civil society that is crucial to successful counter-extremism strategy.