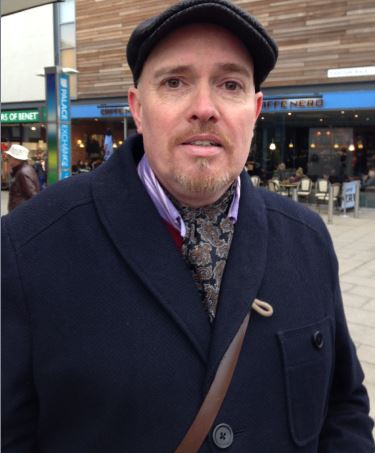 When I land in London, I long for the old politics
of bacon, chips, and beans washed
down by several big cups of mud – no sugar –
in a café made of the cheapest Formica;
where there’s always a crazy woman muttering
“fuck” in the corner;

where we were great revolutionaries,
with historically understandable haircuts,
on the eve of something
called Tony Blair. One by one
we convicted each other of failure
to overthrow Money, Murdoch,
the Bourgeois State.

The result was in, and we were not it;
but plain white plates, bits of tarnished
silver-wear, mugs whose moment had past,
to be tidied away at the finish.

Gene adds: Kevin writes on his blog about the serious consequences he has suffered for publishing this poem on the “Zionist site” Harry’s Place.