Asim Qureshi of the terrorist cheerleading group Cage has rightly been pilloried for describing IS murderer Mohammed Emwazi as “extremely gentle, kind” and a “beautiful young man”.

Actually this is typical for Cage. No one should be surprised.

Have a look at Moazzam Begg just a month ago on the man who tried to slaughter revellers in a nightclub in London and people passing through Glasgow airport back in 2007.

He met Bilal Abdulla, one of the two men who attacked Glasgow Airport in June 2007, in prison and he thinks: “As a person, he’s unbelievably warm, kind, gentle, loving, unextreme to the maximum.

“Because he’s an Iraqi and he did it at the height of the Iraq war, it’s understandable – isn’t it?”

“Is it justifiable?” I asked.

“No, it’s not justifiable and he’s the first person to say it,” he said, detailing Abdulla’s opposition to groups such as IS. “These are the voices that I get upset that we will never hear,” he concluded, “because of one mistake they made.” 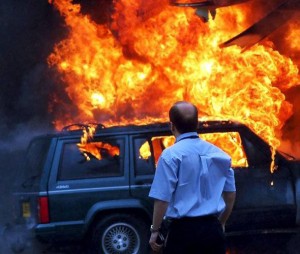 Mr Justice Mackay sentencing said Abdulla was a “religious extremist and a bigot” who held the most extreme form of Islamist views.

The judge told him: “All of the evidence makes you a very dangerous man, you pose a high risk of serious harm to the British public in your present state of mind.”
…
Speaking about the London attacks, the judge said: “Your murderous intent was best shown by the obstructing of the safety mechanisms on two of the cylinders and by the 800-plus nails in one car and 1,000 in the second, designed to do nothing else but constitute a deadly form of shrapnel to maim, injure and kill.” 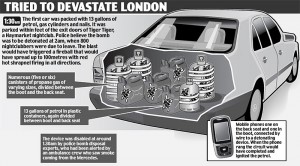 Amnesty is finally taking some distance from Cage, many years too late.

Cage describes itself as “an independent organisation working to empower communities impacted by the War on Terror” and has spoken out against the UK’s anti-terrorism laws.

But critics have accused it of being “apologists for terror” and today Amnesty International’s deputy director suggested it may no longer campaign with Cage.

Steve Crawshaw said his personal view was that he could not foresee Amnesty collaborating with Cage again by signing joint campaign letters as it has done in the past.

He told Radio 4’s Today programme: “I think it highly unlikely in the current circumstances of seeing the kind of public statements that are being made.”

Oh well, I suppose Cage can always count on Quakers. You have seen the Rowntree Trust standing by its grants to the terrorist cheerleaders. 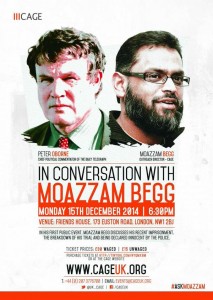 Nor has sleazy Peter Oborne broken ranks yet.