This is a cross post by Amir Pars at Quilliam 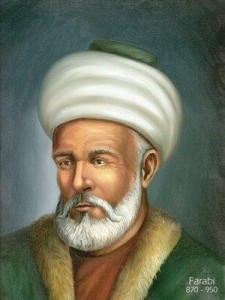 The bird of life is singing on the bough
His two eternal notes of “I and thou”
O hearken well, for soon the song sings through
And would we hear it, we must hear it now

Ask me who I regard the greatest Muslim personality of history, and I will struggle to pick one from the abundance of riches. Is it the great Abu Nasr Al-Farabi, known as Alpharabius, who was perhaps the most eminent of philosophers and scientists in the height of the Islamic golden age? A man with insatiable curiosity in science, poetry and cosmology, whose contributions in the field is still regarded as groundbreaking.

Should I settle with Ibn-Sina, or Avicenna, the polymath who contributed more than any contemporary of his to the field of medicine, and whose work in theology became the cornerstone for all Islamic philosophers who followed?
Perhaps the Persian poet Jalal ad-Din Muhammad Rumi, or Mawlawi, widely regarded as the greatest poet of all time, whose work will outlive all generations to come?

I would even struggle not to pick Muhammad Ali, in my opinion, the greatest sportsman of all time. Not because he was the most dominant, or because of his phenomenal bouts with George Foreman or Joe Frazier, but because he changed the world by refusing to be seen as inferior, due to his race or religion.

But in the end, my answer will have to be the Persian poet Omar Khayyam.

The bird of life is singing in the sun
Short is his song, nor only just begun
A call, a trill, a rapture – and so soon, silence
And the song is done, ye is done

Another polymath, whose expertise spanned the fields of mathematics, astronomy, geography, philosophy and music. But, above all, he is remembered today for his poetry, in particular his Rubaiyat of Omar Khayyam.

Regardless of our beliefs, we owe it to our history to stand on the shoulders of giants. Men and women who, with their curiosity, persistence and extraordinary sagacity, shaped the world for the better for all of us. People who gave us treasures in every imaginable field of knowledge, treasures we take for granted today. Every culture has these giants who left the world better than they found it.

Would you be happy! Hearken then the way
Heed not tomorrow, heed not yesterday
The magic words of life are “Here” and “Now”
O fools that after some tomorrow stray

This legacy is today not just ignored, but dismissed in large sections of the Muslim communities, both in the East as well as in the West. The most fervent conservationists of Islamic art, philosophy and science tend not to be Muslims themselves, but Western aficionados. Experiences of my own generation disheartens me with the lack of appreciation for, or even knowledge of these great men and women to whom we owe such an eternal debt. The history of people whose sole purpose was to question and confront every aspect of life, including faith, is sadly largely forgotten among the Islamic communities.

In its place, a binary worldview, where a false identity of a “true” Muslim is pitted against all who don’t fall into this narrow and ludicrous definition, is espoused among a worryingly large number of Muslims. Here, they are told to accept Islam as a readymade package, where all their convictions, beliefs and priorities are handed to them without the right to question or even think rationally about the principles involved.

Were I a sultan, say what greater bliss
Were mine to summon to my side than this
Dear gleaming face, far brighter than the moon
O love, and this immortalising kiss

This package rests on the dogma that a certain interpretation of Islam is the only acceptable position for a Muslim to take. That interpretation shifts the moral compass of its followers dramatically, where life is nothing to be treasured, where killing anyone who doesn’t think like the followers of one’s dogma is justified, where there is a particular hatred for the Jews and the West. Freedom of speech is a threat that needs to be dealt with by the use of violence, and women are inferiors who have similar rights to that of cattle.

To all of us, the thought of heaven is dear
Why not be sure of it and make it here?
No doubt there is a heaven yonder too,
But ‘tis so far away and you are so near

Thus, a new identity is formed. This idea of oneself as part of the one and only truth trumps, in the minds of those succumbing to it, all rationality, all philosophy, all morality, all thought. Those submitting to these ideas give up the one thing that separates our specie from other animals; the ability to think. All their thoughts are handed to them and they become nothing but automatons, spewing the garbage of those they follow, falsely in the conviction that they are expressing faith, ignorant of the treasures the honest believers of the same faith have left behind.

Look not above, there is no answer there
Pray not, for no one listens to your prayer
Near is as near to God as any far
And here is just the same deceit as there

So, to Muslims I ask:

What should your response be, when you are seeing your brothers slaughtered as cattle? When your sisters are raped? When your sons and daughters are buried alive by the masses? Do you dare to think? Is it rational that your response is that of inertia and resignation, when your feelings boil over for the drawing of cartoons?

And what exactly is so threatening for you when others don’t share your convictions about caricatures? Is your God really that juvenile and pathetic that He whines as soon as someone makes fun of Him? Is your Prophet truly that infantile that He can’t stand being the subject of humour?

Is that what you are telling us? Your God supposedly created the heavens and the earth, the Andromeda Galaxy and the Event Horizon, the billions upon billions of stars and planets, yet He can’t take a joke? Who is it that you believe in, really?

But here are wine, and beautiful young girls
Be wise, and hide your sorrows in their curls
Dive as you will in life’s mysterious seas
You shall not bring us any better pearls

It goes without saying that the greatest contributors to history have always been thinkers. Those who dared to venture where others didn’t. Those who questioned what everyone else took for granted. Not just from the Muhammedian faith, but from every denomination and none. Galileo was considered a blasphemer when he suggested that the earth revolves around the sun, and not the other way around. Darwin was branded a heretic when he proved that we share the same common ancestors to the great apes.

Are you truly a Muslim when you discard the long tradition of thinkers in your own religion?

Allah, per chance, the secret word might spell
If Allah be, he keeps his secret well!
What he hath hidden, who shall hope to find?
Shall God his secret to a maggot tell?

So since with all my passion and my skill,
Life’s mysterious meanings mock me still
Shall I not piously believe that I
Am kept in darkness by the heavenly will?

The Koran! Well, come put me to the test
Lovely old book, in hideous error drest
Believe me, I can quote the Koran too
The unbeliever knows his Koran best

What do you say, when you are confronted with those selling you their concepts of Jihad and Khilafa, or the glories of being a Shahid? Would you, like a coward, give your reason up to the serpents for whom your life is meaningless? Or do you, as you should, reply with the great words of Omar Khayyam:

And do you think that unto such as you
A maggot-minded, fanatic crew
God gave a secret and denied it me?
Well, well, what matters it – believe that too!

If you give up your ability to think, aren’t you committing the greatest blasphemy of all? If your God does exist, is His gift to you not your ability to reason beyond any other of His living creatures? Why, then, give that ability up to join forces with medieval warlords whose combined IQ does not surpass an adult’s shoe size?

Old Khayyam, say you, is a debauchee
If only you were half as good as he
He sins no sins but gentle drunkenness
Great hearted mirth and kind adultery

Where will you stand, when the forces if ISIL are defeated, which they will inevitably be in the near future? After all, history is nothing but the story of freedom realising itself. Where will you turn, when you have to stand on your own and think for yourself? And what have you done to your faith, if you chose to side with the most grotesque factions of it? What can you say, when the religion you uphold as so precious, is regarded as a poison which needs to be eliminated, because of your actions?

My hope is for you to think. Think what kind of God deserves your adulation, what kind of prophet deserves your idolatry. Are they the blood-thirsty savages the likes of ISIL and Al Qaida believe in, or do you chose the faith of Omar Khayyam and Ibn-Sina, which encouraged them to think and give? I am not asking you to shape God in the image you want Him to be in, just that you acknowledge that this is what the above mentioned sects have done.

What identity of a “Muslim” do you want to promote? The one which leaves behind it only death and destruction, or the one that gives us the poetry of Rumi? The one that believes that death is a glory, or the one that seeks the joy of life and revels in the wonders of nature?

What will your legacy, as a Muslim, be? Omar Khayyam had a simple answer: