It was only last Wednesday that I posted about Argentine prosecutor Alberto Nisman filing a complaint against President Cristina Fernández de Kirchner, Foreign Minister Héctor Timerman and others for covering up evidence against Iran for its role in the 1994 bombing at the AMIA Jewish community center in Buenos Aires in which 85 people were killed.

Christopher Dickey reports this morning in The Daily Beast:

On Sunday night, Nisman was found dead [of a single gunshot wound to the head] in his apartment, only hours before he was set to testify before an Argentine parliamentary commission about his allegations.

The circumstances revealed thus far by the police suggest a suicide. The history of Iran’s operations overseas inevitably suggest otherwise. 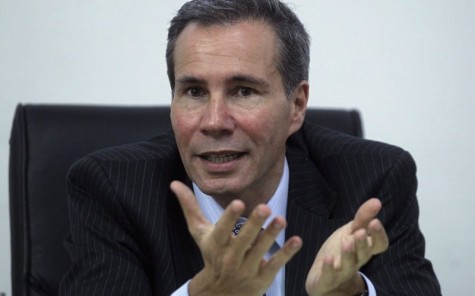 I have an innate revulsion to conspiracy theories of all kinds, but– what the hell is going on here?

On his first visit to Israel seven years ago, Nisman, a non-observant Jew, told me that he had been warned off the AMIA case by Iran, and that he had received death threats, including one that he found recorded on his home answering machine which was particularly troubling because his daughter was standing next to him when he played it. In one of several subsequent telephone conversations, he said the Iranians had told him — during hearings at which they sought in vain to have their incriminated leaders cleared by Interpol — that he had slandered their nation, that his capture would be sought, and that he would spend years in Iran’s jails.

As I wrote at the time, Nisman did not appear particularly fazed by the threats, saying lightly that he had no plans to visit the Islamic Republic. He also swore that he would not cease his work on the case until the perpetrators and orchestrators had been tried, convicted and jailed.
…..
Hearing the news on Monday morning, I could not help but recall what Nisman told me in a June 2013 telephone conversation: Tehran had established its terror networks for the strategic long term, he said, ready to be used “whenever it needs them.” In that same call, he warned that terrorist networks first established by Iran in several South American countries in the 1980s and 1990s were still in place. As throughout his investigation into the AMIA bombing, Nisman said he continued to receive intermittent death threats, by phone and email. “I report them to the authorities,” he said simply.

Nisman’s death came hours after an Israeli airstrike in the Syrian portion of the Golan Heights killed an Iranian general, six Iranian soldiers and six Hezbollah fighters– including Jihad Mughniyeh, son of slain Hezbollah terror chief Imad Mughniyeh, who was implicated in the AMIA bombing.

I await with trepidation the accusations (and I assure you they are coming) that Nisman was the victim of a Mossad “false flag” operation designed to implicate Iran.

Unfortunately the nature of Argentina’s “justice” system is such that getting to the truth of what really happened to Nisman is as unlikely as the Iranians who are almost certainly responsible for the AMIA bombing ever facing justice.

Update: Noga Tarnopolsky, who has reported extensively on the AMIA case, flatly calls this a murder. She also tweets:

No third parties involved? What about second parties? Or does she consider the “borrowed” .22 handgun one of the parties? 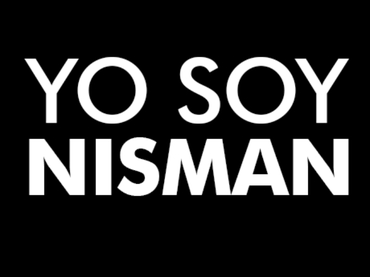 At the protest in Buenos Aires a sign reads "you can't 'suicide' us all" (photo via @PetriAdriana) #Nisman pic.twitter.com/4XnNYU4Inj